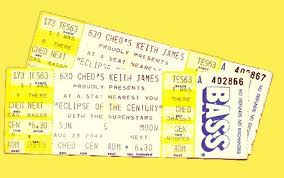 Last week, he shared stories about the early days of ticketing and Roller Derby and today, he brings us the second part in his fascinating story. It’s amazing to read how much the ticketing industry has changed over the years, especially from someone who experienced it first hand. So, without further ado, I give you Jerry Seltzer, the Roller Derby Jesus!

Hal Silen and I faced a difficult situation in the winter of 1973.

Not many people know that the International Roller Derby League was really a small family business that operated on a large scope and required continuous funding. We counted on our winter tour to create the revenue for the next season.

And in the fall of 1972 through winter of 1973, the worst happened. Because of the political crisis in the Middle East, fuel supplies were cut off to the U.S. resulting in  huge shortages. Unlike the price crises we have seen recently with gasoline and fuel, gas just wasn’t available at the pumps. Long lines formed each morning and many states went to alternate days that you could get fuel, depending on if your license plates were odd or even. And people stayed home to keep warm and not drive. Many arenas cancelled our dates as they weren’t able to keep their facilities heated. We probably lost over 50% of our schedule, and most dates were sold out in advance.

We fought to keep going and scheduled a larger and longer tour in 1973, counting on the revenue from the Shea Stadium date to bring us almost even; but instead of bringing in the additional $150,000 anticipated (a lot of money in 1973), we just broke even. We were forced to shut down the league in December of that year; ironically our final game was a sell-out at Madison Square Garden.

We sued Ticketron, but without the cash to really pursue it, we settled for a paltry $5,000. However, we had established profit sharing for our company (40 years ago) so when we shut down, our skaters were able to withdraw anywhere from $5,000 to $60,000 depending on their salaries and vesting, and many started their own businesses.

We then decided to go into the computerized ticket business, which we didn’t know at the time would help lead to the eventual closing of Ticketron.

We obtained financing for a BTI (a derivative of Hewlett Packard) stand-alone system, with far less intelligence than today’s cell phones, and hired a wizard from Stanford’s artificial intelligence lab to create our software. We signed leading rock and roll entrepreneur Bill Graham to an exclusive contract (requiring him to leave Ticketron) and set a precedent for the ticketing industry which continues to spiral out of control to this day: we gave him a 25 cent rebate on every one of his tickets we sold through our brick and mortar outlets and phone service (no PCs for home use then, no cell phones).

We made ourselves diffe

rent than Ticketron. We were not a computer business, but a customer service company providing ticketing. We listened to our customers. Our company name was BASS (Bay Area Seating Service) so instead of using a computer symbol as Ticketron did, we created a logo of a BASS fish in a top hat and tux, smiling with two tickets in his hand. We added a full time promotion person to work with radio, TV and other media, and of course to advise and help clients. We had a monthly event guide which we also duplicated as a poster at our outlets and we gave the guide out at our outlets and venues (again, there was no website like Brown Paper Tickets that provided all of this information). And Pacific Stereo (our major outlet) included event information in all their advertising, which was an incentive for customers to sign with us.

Whenever we signed a new client, we provided press releases and advice on how to succeed in our marketplace.

I personally signed most of the major accounts:  The Giants, the A’s, the 49ers, Oakland Coliseum, Cow Palace, Shorenstein Nederlander Theaters and dozens of night clubs and comedy clubs, theatres, symphony, ballet, etc.  Essentially, we created the critical mass in Northern California; if you wanted your tickets with the big boys, you went with BASS. And Ticketron withered in our locale.

Our computer system was ridiculous; we had 32 ports on the computer, meaning we had to keep switching them around. When our box offices (Cal, Stanford, ballet, etc) closed we would switch the ports to box offices that had events that night. And the selling screens moved at a paltry 1200 baud, so most box offices had to pre-pull tickets for their walk up sales.

Within a year our software guru had created ticketing to be used on the DEC 1104 with up to 124 ports, which DEC said was impossible. Since our systems (two DECs) were not fully redundant, we had to stop selling for 1 hour mid-day and at night to update the second computer so if we had a crash (which happened occasionally) we could switch to the second system. Eventually, they were fully redundant. This is why the technology that we take for granted today at Brown Paper Tickets is a marvel of the ages to me.

I decided that it would be good to work with the student activities directors at Cal, Stanford and other schools, as they were booking major acts at that time. Some of my proteges went on to greater glory: Danny Scher and Gregg Perloff became part of management at Bill Graham Presents, and today Gregg is the head of Another Planet, one of the most successful independent music and talent presenters in the US; Randy Phillips from Stanford is head of AEG Entertainment today, one of the two largest companies of its kind in the world. And it all began for Randy when I helped him book Meadowlark Lemon and the Harlem Globetrotters at Stanford.

I guess there has to be part 3 later!