Assembled in the gray light of a Seattle winter’s eve by the shadowy lunatic, M. Incroyable, L’Orchestre D’Incroyable exists on the premise of arcane calculus, moonlit ceremony, copious poison potions, and the occasional sacrificial slaughter. L’Orchestre lulls you into a trance, and stirs your inner demons to the point of driving the body to wild and sensual shaking. Armed with a melange of musical weaponry (homemade stringed boxes, banjo, upright bass, theremin, cello, percussion, baritone guitar and more) Incroyable’s meticulous methods of hypnosis and musical abuse are certain to render any audience slave to its sonorous tonic.

Prepare to enter the world of vaudeville! One of the classic populist art forms in America, Ghost Light Theatricals are putting a modern spin on it by producing a collection of traditional vaudeville pieces and a mix of modern original acts. A smattering of magic acts, sketches, musical numbers, burlesque, and much, much more. Dr. Thaddeus Q Ballard invites you to sit back with a drink and a snack, and enjoy the show! 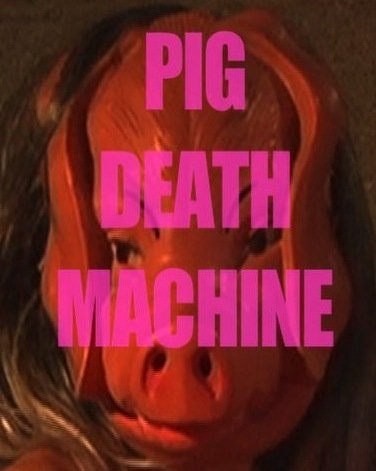 After eating rotten meat, a brainless brunette is transformed into a dangerous genius, while in a Doctor Doolittle twist, a misanthropic-punk-rock-botanist-babe gains the power to “talk to plants.” Dreams become nightmares as they choke on the sweet nectar of envy and desire.

Writhing underneath and beside independent cinema is a thriving underground film culture, devoted to all things psychotronic, cult and strange. Filmmaker Jon Moritsugu has made more than 25 years worth of films that align with this cinematic tradition (think of New York’s Cinema of Transgression or John Waters). Come on in to this perverse, sci-fi comedy set in the acid burn landscape of Santa Fe: the water’s fine.

The Georgetown Orbits boast a heavy regimen of traditional ska and upbeat, roots-influenced reggae. They have garnered much attention in the Northwest as one of the few bands to pay tribute to the old ssounds of Jamaican ska, a style which has gained notable popularity in Seattle since the band’s conception in late 2004.

With the release of the group’s self-titled debut (2007) and their sophomore release Super Sonic (2011), the sounds of the Orbits have further penetrated the airwaves of several radio stations worldwide. The music of the Georgetown Orbits has attracted fans of all ages and walks of life. With every high-energy show, crowds are singing along to choruses while they dance to the infectious rhythms of this captivating band.

Established in 2009, Desert Dolls Roller Derby is one of the newest flat track leagues to hit Arizona. DDRD is committed to being an all-inclusive and community oriented league. They believe that any woman, no matter her physical prowess, can be a derby girl. They also strive to be community oriented by getting out and doing fundraisers and charity bouts to raise awareness concerning issues affecting the Valley.

On Saturday, January 11, The Joon Cleavers and the Shotgun Shirleys duel on the track to stay in the running for the championship in May. You do not want to miss a single second of this hard hitting game!