Saturday, January 4 I Come With us on a Journey Through Time and Space: A Mighty Boosh Burlesque Tribute – Seattle, Washington

The Mighty Boosh is a British comedy troupe featuring comedians Julian Barratt and Noel Fielding. Developed from three stage shows and a six-episode radio series, it has since spawned a total of 20 television episodes for BBC Three and two live tours of the UK, as well as two live shows in the United States.

In May 2004, after the success of a Boosh pilot, Steve Coogan’s company, Baby Cow Productions, produced the first television series of The Mighty Boosh for BBC Three, before it moved to BBC Two in November that same year. Though each episode invariably starts and ends in Dixon Bainbridge’s dilapidated zoo, the “Zooniverse”, the characters of Vince and Howard often depart for other locations, such as the Arctic tundra and limbo.

A second series, shown in July 2005, saw Howard and Vince sharing Naboo’s flat in Dalston with previously minor characters Naboo and his familiar, Bollo, a gorilla living at the “Zooniverse”. This series had an even looser setting as the four characters leave the confines of the flat in every episode, travelling in their van to a variety of surrealistic environments, including Naboo’s home planet “Xooberon”.

Series three started in November 2007, still set in Dalston, but this time the foursome are selling ‘Bits & Bobs’ in their shop, the Nabootique. Their adventures and outings in this series focused more on the involvement of new characters (e.g. Sammy the Crab, or Lester Corncrake etc.) rather than just the two of them.

This burlesque tribute to the cult hit will take place at Belltown’s Rendezvous/Jewelbox Theater and is lead by the board of Shaman (aka L’Orchestre D’Incroyable) and hosts Morbid Curiositease will take you through a journey of time and space featuring: La Petite Mort, Czech Mate, Dogwood, Penelope Rose, Amy Corinne Dougherty and a few surprises. Electro Boy/Girl dance party in the Grotto to follow with a DJ battle Kevin Incroyable vs Dominick J Kreep! 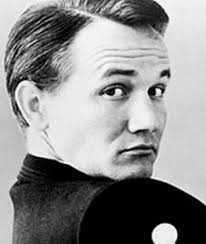 Roger Dean Miller (January 2, 1936 – October 25, 1992) was an American singer, songwriter, musician and actor, best known for his honky-tonk-influenced novelty songs. His most recognized tunes included the chart-topping country/pop hits “King of the Road”, “Dang Me” and “England Swings”, all from the mid-1960s Nashville sound era.

After growing up in Oklahoma and serving in the United States Army, Miller began his musical career as a songwriter in the late 1950s, penning such hits as “Billy Bayou” and “Home” for Jim Reeves and “Invitation to the Blues” for Ray Price. He later began a recording career and reached the peak of his fame in the late 1960s, continuing to record and tour into the 1990s, charting his final top 20 country hit “Old Friends” with Willie Nelson in 1982. Later in his life, he wrote the music and lyrics for the 1985 Tony-award winning Broadway musical Big River, in which he acted.

Miller died from lung cancer in 1992, and was posthumously inducted into the Country Music Hall of Fame three years later. His songs continued to be recorded by younger artists, with covers of “Tall, Tall Trees” by Alan Jackson and “Husbands and Wives” by Brooks & Dunn, each reaching the number one spot on country charts in the 1990s. The Roger Miller Museum in his home town is a tribute to Miller.

On Saturday, January 4, Hearth Music is proud to present a tribute to this legendary songwriter at Columbia City Theater featuring: Cahalen Morrison and Country Hammer, Annie Ford Band, Liam Fitzgerald of The Raineros, Jon Pontrello of The Moondoggies, Country Dave and his Pickin’ Crew, Pepper Proud, The Lonely Coast, The Warren G Hardings, Low Hums, The Dean Johnson Band, The Corespondents (with special guest Ava Grapes), Not A Real Flag, Elias Cotez and Girlz Nite Out- a lady acapella surprise! 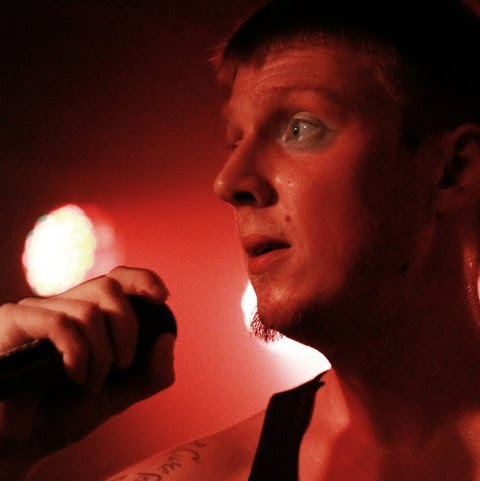 Friday, January 10 and Saturday, January 11 I Poetry with a Side of Bitterness and Hope – Seattle, Washington

Poetry with a Side of Bitterness and Hope is a collection of poetry written by Caleb Penn. The series explores the two themes present in the title through the vehicle of poetic narrative. Different characters, of different back rounds discovering the universal nature of the themes through the words of various narrators.

The series is born of five years of experimentation by the author, presenting his poetry in various mediums and performance settings, until eventually, in the words of viewers, a unique style was developed. Caleb Penn is a graduate of Cornish College of the Arts (TH 08), a rapper and founder of local hip-hop group, FICTITIOUS and the recipient of multiple Seattle Times Footlight Awards

From deep in the humid and lurid swampland known as New Orleans comes a vaudeville show of a dark and lascivious nature – Freaksheaux to Geaux. A delicious gumbo of music, circus, sideshow, burlesque, and more, the Freaksheaux will bring you back to the traveling shows of yore, with a Southern Gothic twist and some modern flavor. It’s no surprise that they regularly lure some of the best and the brightest in the vaudeville revival down to the Crescent City for good times and bad behavior. Come out and see what some have travelled thousands of miles to be a part of.

Where the Wild Things Went is a vaudevillian tribute to Maurice Sendak’s beloved children’s book and a wild rumpus featuring monsters, boogiemen, and other things that go bump in the night! This show is a remounting of the original, hugely popular show that Freaksheaux presented last summer with even more things that go bump in the night! Featuring special guests Mavi (Washington, DC) and Madamn Chartreuse (SF Bay Area)

Join Ivafiero Productions for two nights of most excellent entertainment as they bring you Better Off Nude: A Burlesque Tribute to 80’s Cinema.

Sit back, relax, and grab some popcorn while you enjoy your favorite movies of the ’80s, interpreted through the art of burlesque. Gratuitous boobs…check
An actress who was actually in an 80s flick…check. Slow clap…oh yeah. Movie montages? YES!

Starring, in her Seattle debut, HEADLINER Stephanie Blake! Stephanie played the Naughty Nurse singing telegram in Ferris Bueller’s Day Off (pause and YouTube her!) She is also a two-time Miss Exotic World title holder and star of stage and screen. She’s headlined and featured as an exotic dancer all over the world. She is a second generation dancer, growing up backstage. For this 80’s movie show Stephanie has decided to complete her role as the Naughty Nurse singing telegram.