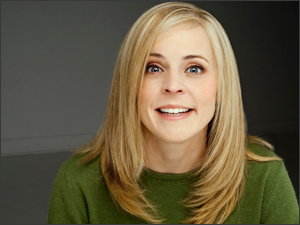 Hannibal Buress, Aziz Ansari, Dennis Miller, Colin Quinn and 100-plus additional acts head to Austin, Texas this week for the third annual Moontower Comedy Festival, held next Wednesday through Saturday at venues including The Paramount Theatre, Cap City Comedy Club, The Parish, The Speakeasy, The Hideout and New Movement Theater.

Last year’s festival offered an inclusive, community spirit, not to mention great stand-up courtesy of Amy Schumer, Reggie Watts, Pete Holmes, Dana Carvey and more. In addition to a newly-added cookout and ping pong tournament, here are five of the most exciting events to catch at Moontower 2014.

Moontower certainly comes up with some unique groupings to differentiate its showcase offerings (She-Bang=female comics, Switch=LGBT comics, Unhinged=the more out-there comics), and 4Eyes is no exception. Not only do Andy Kindler, Mike Lawrence, Sara Schaefer, James Adomian, Ari Shaffir and Rory Scovel each sport corrective lenses, all are solid headliners in their own right. Badgeholders would have to be, er…blind to skip a lineup this sharp.

Bamford is one of the most original, unique and unpredictable comics working today, and the Comedians of Comedy vet’s never better than when winning over new crowds. From the darkness of mental illness to the lighthearted absurdity of pterodactyl calls, fumbling family members to crushing societal expectations, she runs the full stand-up spectrum.

The top storyteller rose from comedy trenches to NPR airwaves with special/album/book/film Sleepwalk with Me, and last year’s My Girlfriend’s Boyfriend proved he’s an artist capable of confronting his emotional roadblocks head on. Birbiglia’s since been staging regular “Working It Out” shows at Brooklyn’s Union Hall, and it’s time to finally see where all that work has led.

Kids in the Hall 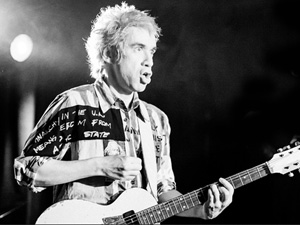 The Portlandia star, Late Night With Seth Meyers bandleader and former Saturday Night Live player first broke out with 1998 short film Fred Armisen’s Guide to Music and South by Southwest. Then a punk rocker, always a punk rocker; he returns to Austin as both himself and “special guest Ian Rubbish,” his SNL-birthed, British alter ego. No official word on who might populate his backing band, though fellow festival artists like Marc Maron and Brody Stevens boast proficiency on guitar and drums, respectively.