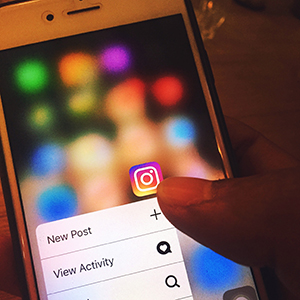 It is widely known that Facebook and Twitter are incredibly important aspects of event promotion and brand marketing. Instagram, however, has grown so much in recent years that it is now the third piece – creating a trifecta that cannot be ignored if you want to build a successful brand in the long term. Instagram can feel a bit daunting at first, given that it is a strictly visual platform, but with the right guidance you’ll be an expert in no time.

I often hear event promoters mention that they promote their events on their personal account, which is a great way to get the word out to a smaller group of friends and family. In the long run, if you don’t have a separate account for your events (and essentially your brand) you are doing yourself a disservice. A separate business account will showcase your efforts and streamline all of your past, present, and future events. Just be sure to post the event link in your account profile bio. Instagram limits sales capabilities within captions, so the only hyperlink text on accounts can be found within your main bio. When you caption a photo be sure to reference the ticket link and where to find it.

You want to remember to post images that promote interest and intrigue around your brand and your events. You will want to decide on a theme or angle for your account as a whole for potential followers. The simplest way to go about this is to stick with a particular color scheme, filter, or even a similar angle or point of view.  When you think about certain professional accounts you follow on Instagram, chances are they all use this road map to some degree. Every image has a cohesive feel whether that be with content, color, or image tone. This cohesive nature and quality content plays a large role in gaining followers and continuing the long-term success of the account.

Build a Loyal Following and Hashtag with Precision

Before hashtag-ing your content, do some research.  Take time to determine your target demographic and relevant hashtags for your events.  You want to hashtag your images so that they can be easily found on Instagram. All hashtags are grouped so if you tag relevant, popular content your image will get discovered by potential followers. You want your hashtags to get you seen, but you do not want to stray too far from the content.  If you’re hashtagging popular tags, but they are not applicable to your image, your credibility will be lowered. Once an image is located by a potential follower they will typically go to your main account and scroll through your images to decide if you are someone they wish to follow, which is why you want to make your account content memorable.

In addition to researching hashtags you will want to create and promote your own hashtag. By creating and promoting your own hashtag, it allows others to assist with content creation and will give you a chance to locate all fan images from your events. Make it something unique enough to only have images pertaining to your events, and remind followers to utilize the hashtag to continue building hype around your events.

Stay on your Attendee’s Radar

Continue posting content regularly to build your brand and excitement around your events. Posting during hi-traffic times will ensure wider visibility. Typically early morning and weekday evenings works best or maximum reach. Make sure you give your attendees all the information they need to consider purchasing tickets, and always reference that ticket link when appropriate. Feel free to keep your posts fresh by mixing up your captions a bit. Caption some of your posts with questions pertaining to the event, such as, “What song are you looking forward to hearing from the artist?” Or, what aspect they’re most excited for regarding the event. This type of engagement builds loyalty and gets your fans excited and involved with your content.

Keep in mind that this isn’t a sprint, it’s a marathon. It will take creativity and time to build your content and following. If you do it right and with passion, you will easily be able to build the hype needed to sell out your next event.

Easy Tweaks to Make Your Event Page Professional and Pretty 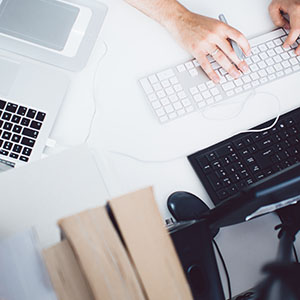 Hosting an event on Brown Paper Tickets? Congrats. Creating a visually compelling and informative event page is a key factor to selling out your event.

Before you create your event page, the first thing to do is brainstorm various aspects that are important to highlight. To do this, consider events that have attracted you in the past.

Add a visual component next. Do you have high-quality images of the artist or event flyer? If so, upload it onto the event itself; this will further polish the professional look of your page. Feature the artist you’re promoting by uploading recent live performances, artist interviews, or anything relative to the performers and the event. Think about the possible attendees that have never heard of the artist and display any work that you think highlights the artist best. To make a bigger impact, upload the material into the event description to appear full frame so that everyone can gain a feel for the genre, style, and sound. Unsure how to post a YouTube video full frame?  This simple tutorial has you covered.

You can also use basic HTML coding to hyperlink artist’s websites, social media pages, or relevant interviews or articles. This can also help boost your presence and improve page ranking on search engines such as Google.  You can see exactly how things will look on your page with our tutorial here.

Now, let’s talk about sales incentives. Buyers often wait until the last minute to purchase tickets. Offering an incentive to those who secure their spots early on can jumpstart your sales and give you an idea on “where you are” in promoting your event.

How to incentivize attendees to buy early:

To tie up all loose ends on your event page, you will want to link your Facebook Event and Twitter account to your Brown Paper Tickets event page. Linking everything will allow for a smooth transition for possible attendees to further get a feel for your event and performers.

You can further boost your search engine ranking by implementing basic Search Engine Optimization (SEO) techniques. That way, when people search certain key terms, they’ll easily find your event. Avoid copying and pasting. Vary your event description from one site to the next—search engines don’t like duplicate content, so use different descriptions wherever you list your event. Make sure you add keywords—if you’re hosting a theater or music event, add “music” or “musical” or “”theater” to help your event appear in search results. But don’t jam your descriptions full of these terms; use them naturally. Read this post for more event-related SEO tips and techniques.

Once you have everything up and running, keep that momentum going. Think about how you are going to announce and present your event on social media. Check out these 10 Crucial Steps to Announcing Your Events on Social Media. 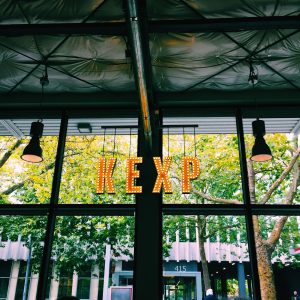 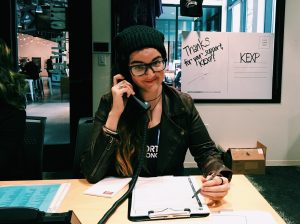