The Mid Week Beat- Last Festivals of the Summer!

We’ve got just another month or so until summer 2013 is officially in the books. It’s been another fantastic summer festival season over here for the Brown Paper Tickets team (thank you!) but its not over yet. Here’s a round-up of a few of the last summertime festivals, both indoor and out, for you to enjoy before you have to don a parka and boots while holding an umbrella. Also I realize this post is a bit “Washington-centric.” Apologies.

In 2012 ECCO celebrated its first decade of friendship and discovery with the release of its first commercial recording.  It includes Tchaikovsky’s “Serenade for Strings in C Major Op. 48,” Shostakovich’s “Chamber Symphony in C minor, Op. 110a” and the exuberant and surprising “La Follia – Variations for String Orchestra” arranged by ECCO’s own Michi Wiancko after Francesco Geminiani’s “Concerto Grosso No. 12 in D minor.” Tonight at the Cooperstown Summer Music Fest they perform Mozarts “Divertimento in B flat major,” among their selections.

END_OF_DOCUMENT_TOKEN_TO_BE_REPLACED

The Mid-Week Beat: From Slick Rick to Mobb Deep – The Evolution of Rap 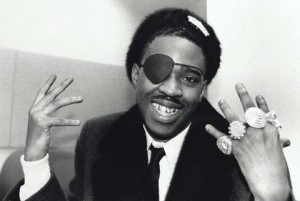 This week’s beat catches up with three extremely different, if not equally influential, rap entities.

It starts with two legendary MCs, thirty years in the game, then takes us to one of the more contentious and popular New York groups involved in the legendary “East Coast/West Coast” feud of the 1990’s and concludes with a film that documents the “thug life” that permeated 1990s hip hop culture.

For me, the most fascinating aspect of the evolution of rap is the prevalence of outlandish, unique and creatively brave artists that peppered the early years of the genre, and how the global success of hip hop in recent years seems to have resulted in, for the most part, artistic mediocrity.

Either way, it doesn’t matter which side of the fence you find yourself on, or if you prefer to occupy both, this is a good weekend for rap fans.

The amazing Kool Keith got his start in legendary New York hip-hop group Ultramagnetic MCs in the late 80s. He recorded three albums with the group before venturing out on his own and he quickly established himself as one of the most gifted free stylers in the game, and also the most unusual. In fact, a popular rumor circulated that he was institutionalized for mental problems.

In 1995 he transformed himself into the insanely genius Dr. Octagon and released his first solo single “Earth People.” His solo releases were highly acclaimed by critics and he would go on to record 15 solo records, the most recent being 2013’s Magnetic Pimp Force Field.

In 2000, he also collaborated with Ice-T, Marc Live, Black Silver and Pimp Rex to form the extraordinary Analog Brothers.

I was lucky enough to be able to see two of Dr. Octagon’s performances in person back in the day. One was the greatest hip hop show I ever attended, the other was absolute confusion and mayhem. One thing is certain, they broke the mold when they made this guy.

Carrying the torch into the 21st century as one of the most uniquely brave and outlandishly smart lyricists in hip hop, this kind of talent is rarer and rarer these days. He’s not so much into shouting about how much money he has as much as he is into weaving tales of intergalactic weirdness and “romantic” exploits.

Kool Keith performs this Friday, August 16 at Dukes Bohemian in Buffalo, New York. Click the link above to get tickets before they’re gone and witness this mad genius in person!

END_OF_DOCUMENT_TOKEN_TO_BE_REPLACED

The Mid-Week Beat: Dance Punk – Past and Present

Hi everyone, its Dave Hernandez again with another Mid-Week Beat. Brown Paper Tickets is bringing some stellar stripped down and dance-y punk acts to both coasts this week, a couple current (Hunx & His Punx and Nobunny) and one classic (Jonathan Richman).

Here’s what Hardy Art is saying about their newest LP Street Punk:

“Hunx & His Punx is now led by Seth Bogart and Shannon Shaw, who split songwriting and vocal duties. In the years since their last album, 2011’s Too Young To Be in Love, Seth recorded a solo album called  Hairdresser Blues (2012) and started a homemade TV Show called Hollywood Nailz, while Shannon released Dreams In The Rat House (2013) with her other band Shannon and the Clams. Somehow during all of this, Seth and Shannon managed to secretly meet in Los Angeles and Oakland and to gob out Street Punk.”

Hunx & His Punx will be playing with Chain and The Gang at PhilaMoca, Philadelphia’s amazing art/performance space, don’t miss this: the first show of their 23 day coast-to-coast tour tonight.

** WARNING! This video contains subject matter and language that may be offensive to some viewers. Viewer discretion is advised. **

END_OF_DOCUMENT_TOKEN_TO_BE_REPLACED

The Mid-Week Beat: All Roads Lead from Death (the band)

This week’s post come from Dave Hernandez, Brown Paper Ticket’s Venue Outreach Specialist. You may know Dave from his stint as the bass guitarist of The Shins or as the founder/guitarist/lead singer of the legendary Albuquerque punk band Scared of Chaka. Dave has over 25 years of experience in the DIY music community, from booking/promoting shows to touring the world, playing in DIY and major label acts. You can expect to see many more posts from him sharing his stories from being on the road with his current band The Intelligence or recommending some upcoming shows that we’re ticketing.

Please welcome Dave to the Mid-Week Beat and look out for future posts from Mr. Hernandez.

All roads lead from Death. Well, a lot of roads at least. This week’s Mid-Week Beat is punctuated loudly by the documentary A Band Called Death.

Forty years ago, three teenage brothers in Detroit created the band Death. They were loud fast and cool, but decidedly the opposite of what was being marketed for African Americans in the music biz in 1973.

To be fair they were raising a ruckus around the same time as The Stooges, MC5, and the Modern Lovers, but nothing with their level of intensity or speed really took hold until Bad Brains invented hardcore approximately five years later in Washington DC. So, essentially, before there were the Sex Pistols OR Ramones, there was Death.

To celebrate the limited screenings of this awesome piece of history, I will be highlighting some bands and events happening this week that owe a lot to these three brothers from Detroit. Three brothers that decided to not change their band name and play Motown. Although how cool would a Death record be that was produced by Motown? END_OF_DOCUMENT_TOKEN_TO_BE_REPLACED