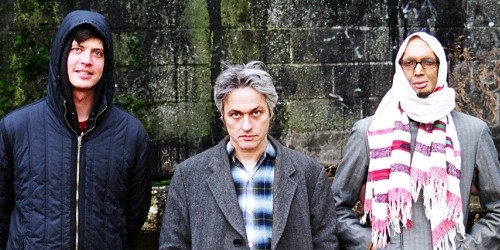 We’re ticketing a couple great shows of some truly unique performers this coming weekend and I wanted to give you all a heads up so that, if you’re in the area, you can check out something a little out of the ordinary.

The first of these unique performers is Marc Ribot. Ribot is an American guitarist and composer that is probably best known for the work he’s done for other performers. It’s a pretty impressive and eclectic list: Tom Waits, John Zorn, Wilson Pickett, Elvis Costello, Foetus, Robert Plant and Alison Krauss, The Black Keys, Elton John, Madeline Peyroux, Marianne Faithful and more. He’s probably best known for his work with Tom Waits since he was a key factor in helping Tom develop his new musical direction on the ground breaking 1985 album Rain Dogs. This was some of his earliest session work and he would continue to offer a unique sound to all the artists that he worked with henceforth.

This week, Ribot will be fronting his own band, Marc Ribot’s Ceramic Dog. Ribot formed this band with bassist Shahzad Ismally and drummer Ches Smith of the avant-rockers Secret Chiefs 3, and the sound has traces of Ribot’s roots in the experimental No Wave scene but Ceramic Dog also incorporates rock, funk and electro influences into the mix as well. TimeOut NY says “Marc Ribot’s new power trio, filled out by the remarkable versatile rhythm team of bassist Shahzad Ismaily and drummer Ches Smith, is his rawest band in ages.” Check out this YouTube clip of them live and you can get a feel for the experimental yet fully groovin’ raw vibe that the Ceramic Dog lays down.

They’ll be in Baltimore at The Windup Space tonight. Advanced tickets are no longer available but there should be tickets available at the door. And then if you’re in the New York area, they’ll be at the Union Pool this Friday, November 18. You can pick up advanced tickets for this show right over here. 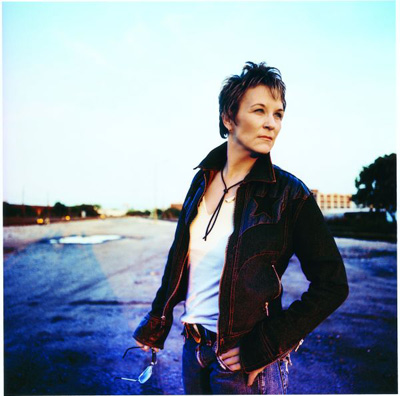 Also happening this Friday in Colorado Springs, Colorado you can check out another one-of-a-kind musician Mary Gauthier. Fans of Tom Waits’ stories of drifters, ne’er-do-wells and the underbelly of the American dream will certainly gravitate towards Mary’s dark yet soulful tales.

She speaks from experience. She was born in New Orleans and given up at birth by a mother that she’d never know. She was adopted and at 15, ran away from home. She spent most of her teens in drug rehabilitation centers and halfway houses. She spent her 18th birthday in jail and struggled with alcohol and drug addiction until getting sober in 1990 at the age of 28. Once sober, she began to dedicate herself full-time to her song-writing and wrote her first song at the age of 35. Her troubled youth provided ample inspiration for material and her second album’s title cut “Drag Queens In Limousines” won the 1st Annual Independent Music Awards award for Best Folk/Singer-Songwriter Song. That same year, she was nominated for three Gay and Lesbian American Music Awards and took home the award for best country artist of the year.

I heard the song “I Drink” on Bob Dylan’s Sirius Radio show “Bob Dylans Theme Time Radio Hour” and I’ve been hooked ever since. Here she is performing the song this year during the Americana Festival in Nashville. This song gives me chills every time I hear it.

Mary performs at The Loft Music Venue this Friday, November 18 so don’t miss this opportunity to see a true American poet in her prime, Colorado Springs. Tickets are still available right here so get ’em now before they’re gone!