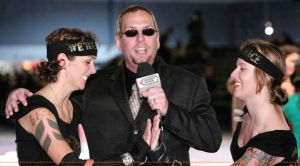 “Bob, we use social media all.the.time. And nothing happens.”

I don’t doubt it. But when it comes to social media, it’s not how much you use it. It’s how well you use it.

-Posting upcoming games is inconsistent.
-There isn’t a link to the ticket sales page.
-You spread the word using only the league’s social media.

“Bob, who cares where ticket sales come from? Online sales are just the gravy on top compared to sales by skaters.”

You can market your event or you can market tickets to your event. Marketing a derby game is like farting into the wind and hoping someone takes notice. Fliers vanish or become unnoticeable. Money spent on late night radio and TV spots has marginal effect. Plus, these efforts don’t provide data for future marketing.

Marketing tickets is totally different. There is a focus on funneling customers right to the “cash register” (purchase page). The goal is measurable and you have data to pinpoint the strongest and weakest geographical areas for ticket sales. Using that knowledge, you can adjust marketing and social media efforts leading up to the event.

Don’t put a fork in social media just yet; it’s far from over. Sure Facebook usage purportedly dropped 25%, but that is because of teens moving to Snapchat. Twitter continues to thrive.

Most leagues post to Facebook and Twitter once or twice to promote upcoming games. Fans don’t see this. And what is more compelling? League social media accounts or those of skaters and staff? Skaters and staff are more personable and viable “friends” to sell tickets.

Ticket blitzing is an organized social media campaign where the entire league and all the event participants coordinate social media efforts, with a designated point person.

One person emails the copy and ticket sales link to the entire league. The language should be creative, under 140 characters and include the tickets sales link (to accommodate Twitter), so that fans are more likely to make a purchase decision.

The coordinator should spot check to see who is participating. The fewer participants, the less effective the campaign.

Establish dates for the social media campaign ahead of time. Three pushes are about right for upcoming games.

Prepare the first big push for immediately after the last game. Get a jump on sales with early bird pricing.

Second push a week prior to your game.

Final push two days prior to the game.

“Sure, Bob. But how do I get league members to get in on this brilliant ticket blitzing campaign?”

Sell the idea to the league. A few points to help make your case:

-Ticket blitzing with social media can save time spent on less fruitful guerrilla marketing tactics.
-If it’s successful, leagues and event producers may no longer need to ask members to sell tickets.
-Blitzing fills their venues and they can buy a small lot of stock tickets for walk-up customers.

You didn’t just hear it from me. A few words from a grateful ticket blitzer:

“Event is today. Wanted to extend all the gratitude in my heart to you. Your ticket blitzing idea was brilliant. I was unable to coordinate the timing of our team within your advised method, yet tripled the amount of pre-sale online tickets within 3 days. That, by the way, is a record for us. My little 100-person event has turned into an invaluable lesson for 500-person future events.” ~ Saved in SoCal