Following Through: The Comedy Outliers Perspective 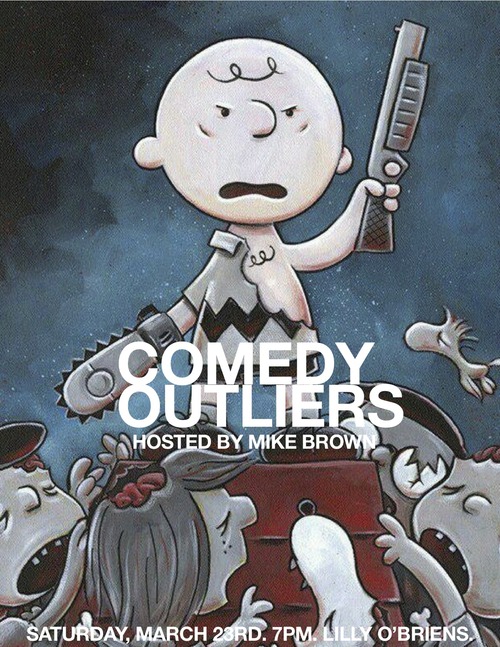 The Comedy Outliers have a show coming up this Saturday, March 23 at Lily O’Brien‘s in New York City. Their shows are free and are first come, first served but if you’d like to make a reservation for six or more, e-mail them here.

“Why do I need headshots or business cards?”, “Why do I need a website when I’m not even making money right now?”, “What do you mean I need to network? Facebook is more than enough”, “Do you like cupcakes?” To be honest most artists, specifically stand-up comics, ask ALL of those questions at some point in their lives. Even the one about cupcakes…sugar is an entertainer’s best friend. Anyways, what we have found amongst many of our colleagues who are still seeking success and riches is an extreme resistance towards being business savvy about their craft.

Because of the increased presence of social media, an artist must become their own public relations representative. Producing content and networking are the best ways to create awareness about your talents and abilities. You must be willing to become your own business enterprise and have more than one thing to offer when the opportunity for your breakthrough comes.

We know one comic who performed on our show months ago that has since appeared on several late night talk-shows. At the end of his most recent late night gig, he was asked by a prospective agent, “So, what else do you do?” As an artist, you have to be willing and able to extend yourself into other areas and be able to deliver when you have people willing to invest in you. One of the best ways to prepare for this potential career defining moment is to have a business plan. Understand what your career objectives are, create a consistent online presence and don’t let failure defeat you. Let’s break this down shall we?

When you understand what your ultimate goal as a performer and artist is, you won’t waste time on things that won’t benefit you. Setting realistic goals is just as important. Remember, it takes time to truly develop one’s craft, which is something that Malcolm Gladwell discusses extensively in “Outliers” (a book all artists should read). A lot of comics we know don’t have specific goals and consider themselves part of the “it’ll happen when it happens” crowd. Well, maybe we would have considered that approach ourselves if we didn’t know comics we see at open mics who are in their late thirties who tell us, “The only thing that happened was I just got older…” We each have our own goals as performers and producers of creative content as well as for “Comedy Outliers.” Fortunately for us, if those goals are not met or we find life taking us on a different path we have our education and other talents to fall back on. Remember the Boy Scouts motto: Be prepared.

The word ‘consistent’ here is key. Anyone with fingers and a working computer can create a YouTube, Tumblr, Facebook and Twitter account. Even dogs and cats have Facebook pages now…The  important thing is to create relevant content for your followers or people potentially interested in your next project. Don’t over saturate your site with random ramblings but don’t also let your website gather digital dust. One of the most confusing things we encounter when a comic submits for our show is when we go to check out their website and there hasn’t been an update on the site in weeks.

There will be a LOT of trial and error in your career. Any career in fact. But you cannot be afraid of failure. The only thing you should be afraid of is being too arrogant or oblivious to realize failure and learn not to repeat those same mistakes. It sucks when you put a lot of effort into a project or event and it is either poorly received or attended. Don’t give up. Seriously! There will be some lonely nights when you find yourself drinking club sodas and watching “Girls” wondering what the hell you’re doing, but if you have a plan and you stay consistent with creating content and making a name for yourself good things will come.