How to Build Brand Trust with Your Event Lineup 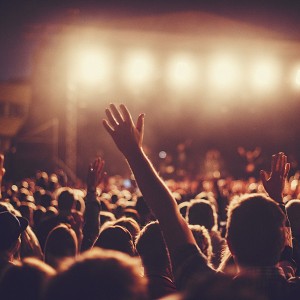 Love all different kinds of music? That’s great and all, but if you’re a festival organizer just starting out, you might want to refrain from including a diverse array of music in your lineup.

Many nascent festival organizers think booking a wide variety of genres in their lineup will pull in an eclectic crowd and possibly sell more tickets. That’s a common mistake. Audiences want to know what to expect and be surrounded by folks with similar tastes.

This isn’t to say that an event with a varied selection of acts can’t be successful, but generally, those festivals and events have already established themselves as a reliable brand. An event like Bonnaroo can get away with a range and feature hip-hop, indie rock and metal acts, but they’ve spent years building their brand. When they were starting out, their curation was dialed into jam bands and folk rock.

Pickathon in Happy Valley, Oregon is a strong example of a carefully curated event that established a reliable brand before branching out. Founded in the late 90s, Pickathon started as a party in the woods for like-minded music lovers.

While Pickathon was fairly laid-back in its early years, careful consideration was given to the acts that played the festival. Generally, they were acoustic, folk-inspired bands with “alternative” leanings—a genre that didn’t have many exposure outlets at the time.

By choosing gifted acts within a specific genre, they attracted a devoted audience that stayed faithful to the festival. Fans began to trust that the event organizers would deliver a quality lineup every year.

As the years progressed, this trust allowed Pickathon to become more adventurous with their booking while still drawing crowds. Once their identity was established, they didn’t have to rely as much on the bands or a specific genre to pull people; the people came because they trusted the festival to deliver quality acts year after year.

Now the festival features many bands that fall outside of the “acoustic” genre though it is still based heavily on acoustic-based acts. Audiences are turned on to incredible up-and-coming artists year after year. In fact, organizers estimate that 80 to 90 percent of Pickathon’s lineup consists of bands the audience is unfamiliar with.

It’s a testament to the quality of the lineup selection that audiences trust them to deliver their next new favorite band. 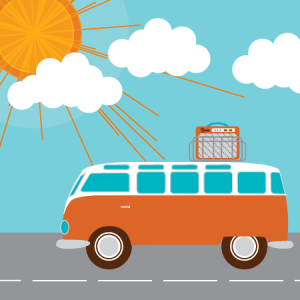 Careful, considered curation allows event organizers to dial-in their branding and discover their audience. While it may be tempting to be wildly diverse right out of the gate, your event will take longer to find an identity.

If you lack identity, it is hard for fans to identify your brand.

Be consistent in the beginning. Build trust. Once they trust your brand, expand your roster. Include acts that may fall outside your focal genre. Just make sure there’s something that will appeal to the audience you have built. They trust you to deliver, so don’t let them down.

Building that trust should be your number one goal as an event organizer. Once you have that, the sky is the limit.