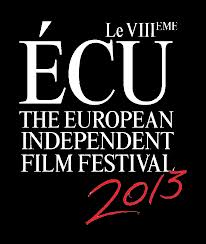 The final count down has started for the 8th ÉCU, the European Independent Film festival that will take place Friday, March 29 to Sunday, March 31 in Paris, France.

With 108 films coming from 35 countries around the world, ÉCU provides movie goers with an extraordinary opportunity to see a vast array of independent movies that would otherwise be hard to find. The full line-up is available here.

It is also an opportunity for the public to meet face to face with many of the filmmakers during Q&A sessions or during one of the after-parties, or even attend one of the many workshops covering all aspects of independent filmmaking. Adam Leipiz, the CEO of Entertainment Media Partner will be leading the first workshop “Inside Tracks for Independent Filmmakers” on Saturday, March 30. You can pick up tickets for this workshop right over here.

The films are competing in 17 categories to snatch one of the 25 awards, and for the first time this year, the festival is spotlighting five Arab film directors who are competing for the Ahmed Khedr Award Excellence in Arab Filmmaking Award. This very special showcase will take place on Friday, March 29 and tickets are available here.

Also, the “ÉCU Firsts” program will be back and will feature filmmakers who will be screening their film at a film festival for the first time.

So if you happen to be in the City of Lights at the end of this month, don’t miss this amazing and refreshing opportunity to expose yourself to a multitude of stories and visions. It will be well worth your time!

On top of individual tickets, a variety of passes are available to help you take full advantage of the Festival.