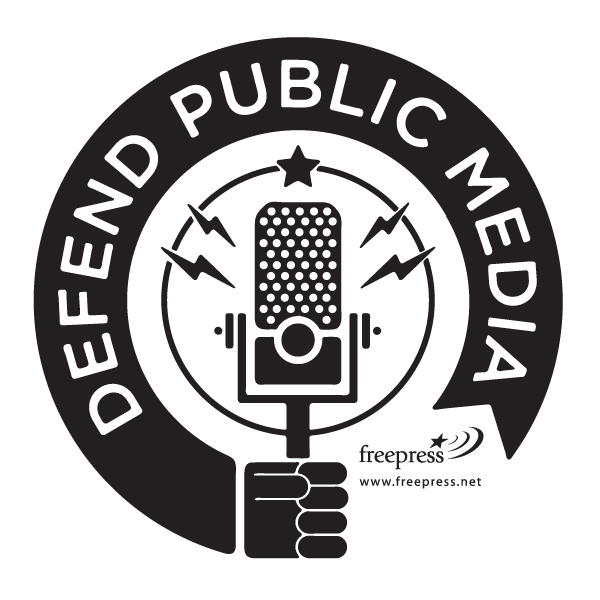 Hey everyone! It’s Sabrina. As the Radio Doer here at Brown Paper Tickets, it’s essential that I advocate for public media. Therefore, in response to the recent threats on public media funding, I sent this letter to the editor of the Seattle Times expressing my concerns:

In my job and in my social life, I work to support public broadcasting and community media.

In our region, we’re fortunate to have several public media institutions. The House Appropriations Committee is proposing to wean NPR off federal funding by 2014. How will this impact KUOW and KPLU?

The attacks on public media funding have inspired many to get out in front of this issue and take action. I encourage you to do so as well.

A few weeks ago, I went with a delegation to Representative Reichert’s office to ask him to support public media. Joining us were two participants from Reel Grrls, a local program that teaches girls to make their own media. I was touched by their heartfelt stories about how public media is important to them as 16 year olds.

They are not alone: across party lines, people in this country consistently rank public media as one of the top services our government should be funding. Reichert is a long time supporter of public media and when we visited his office, he reaffirmed his support. Every policymaker in Washington should follow his lead, but first we need to stand up and demand it.

This letter could have gone to the editor of any local newspaper including yours! If public media loses its funding, we all lose out. The threats to public media funding are real and pressing and so it would be awesome if more people wrote letters like this to their local newspaper. It would be even better if you did it RIGHT NOW! If you wait, it might be too late. And if you want to do more, you can get a sticker here telling the world that you “Defend Public Media”. [youtube=http://www.youtube.com/watch?v=VgwQxQYDumk&feature=relmfu]

In the recent meeting with Republican Representative for Washington’s 8th congressional district, Dave Reichert, he said that he’d come to a press conference supporting public media. I sincerely hope that he does because it would help if public media had more bi-partisan support. We really can’t afford to reduce the capacity of the public media system that we currently have. It does great things with the resources it has, but it could do so much more if it were better funded. If you love public media, get your “Defend Public Media” sticker today and email your representative to let them know that you want them to stand up for public media!