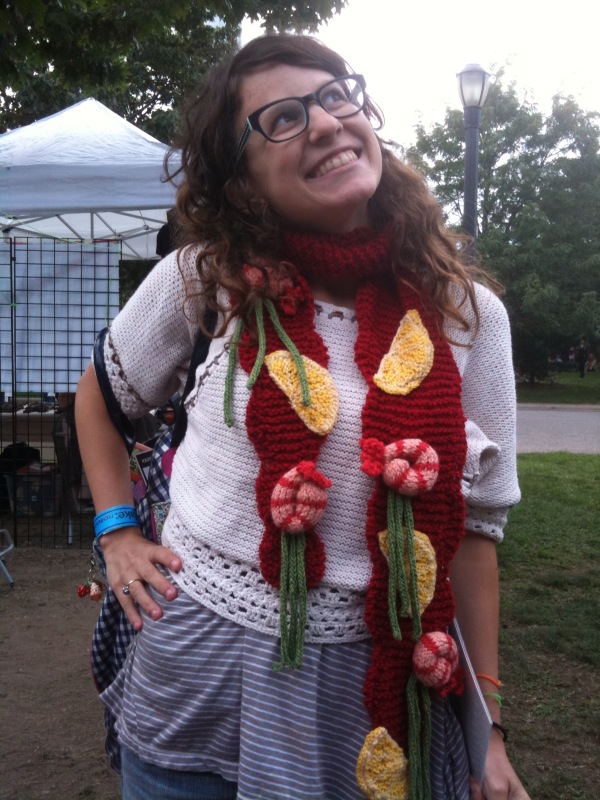 In September I had a chance to get to know people in the Maker Movement by attending Maker Faire New York. I had a blast and will be writing more about why I, as the Radio Doer went along with our Maker Doer Tamara Clammer and co-worker Kelly Allen. (hint: it has to do with building more relationships between Community Media and Makers/Hackers). I met many creative tech people and engineers – but the work of the crafters also caught my eye. I don’t knit, but I love fabric arts and independently made jewelry, so a few things caught my eye. The Brown Paper Tickets booth at was right next to a main thoroughfare – so I saw some incredible crafty crafts and wear-able art.

Food Scarf!
I loved this scarf. Maybe you’ve seen art like this just hanging around people’s necks, but I haven’t. The whimsy of it just made me happy. I didn’t get her name, but she said she just graduated from school where she focused on animation. She calls her stuff Scarf It Down Knit Delicacies. Check out her Etsey Store! 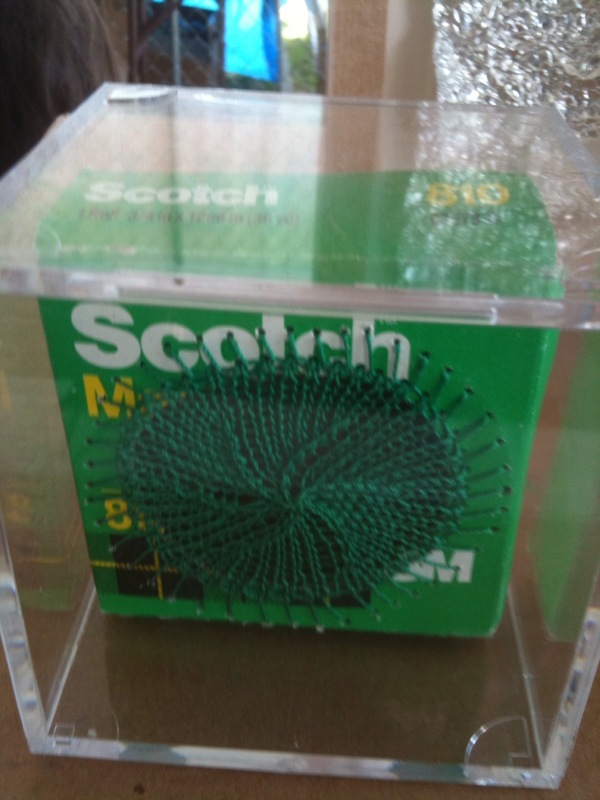 Food packages with holes cut out and delicate knitting!
Sonya Philip is an artist working on a series of ordinary objects transformed by knitting. I loved stumbling upon the pieces in acrylic cases – like signed baseballs from important games. She started with a subway ticket and went from there. More on Sonya Philip can be found here. 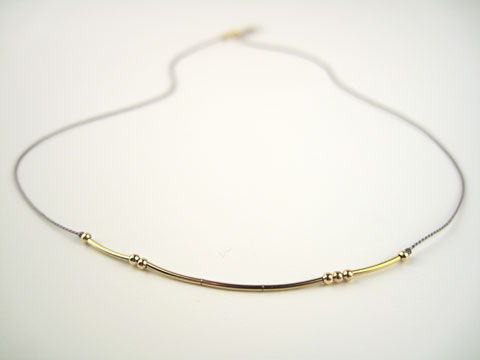 Necklaces with dots and dashes that spell out words in Morse Code.
What? I was running around on the last day after our booth closed, trying to see more of the craft area. I didn’t take photos at the time, so I had to grab this from their website, but I just thought it was such a cool idea. A necklace with a “secret” code message. Rebecca Coagan, the owner/designer of COATT makes them.
This one spells out LOVE.