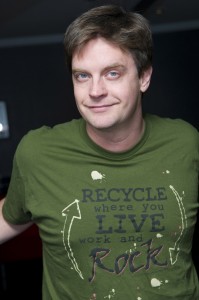 The newest tech innovations, music from all over the world and copious amounts of smoked meat are all well and good (or in the case of Franklin Barbecue, reeeally good), but SXSW attendees shouldn’t overlook the impressive spate of comedy events scheduled for 2014.

With the likes of Bill Cosby, Portlandia’s Fred Armisen and Carrie Brownstein, Jeffrey Tambor, Pete Holmes and many more taking the stage in Austin March 8-14, it’s one of the annual festival’s strongest lineups to date…and that’s not even counting the presence of Jimmy Kimmel Live, which will broadcast five shows from the Joe R. and Teresa Lozano Long Center for the Performing Arts.

On the party front, Funny or Die, Above Average and IFC will all host shindigs open to badgeholders. Most impressive, the festival’s opening night kicks off with a party sponsored by Late Night with Seth Meyers, slated for 10:30 p.m. at Buffalo Billards.

Some of this year’s many comedy highlights additionally include:

SoundCloud Presents The Imaginary Radio Program, 9:30 p.m. at The Hideout

Who Charted?, 6 p.m. at Esther’s Follies 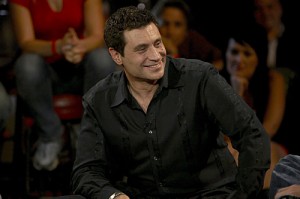 For our part, Brown Paper Tickets is proud to present the live return of The Green Room with Paul Provenza. Not only will the man behind the eponymous Showtime series, the dirty-joke documentary The Aristocrats and the interview/photography book ¡Satiristas!: Comedians, Contrarians, Raconteurs & Vulgarians delve into the motivations and mayhem deep within the comedian mindset, he and his fellow performers will let the audience in on the process.

The Green Room is 8 p.m. on Monday, March 10 at Esther’s Follies, and will feature roundtable hijinks from Jim Breuer and Scott Aukerman, plus some yet-to-be-announced special guests. (Provenza also co-produces Troy Conrad’s Set List: Stand-up Without a Net Saturday, March 8 and Sunday, March 9.)

Look for our Brown Paper Ticket SXSW booth in the Convention Hall, and keep an eye on @paulprovenza and @bptickets for updates.