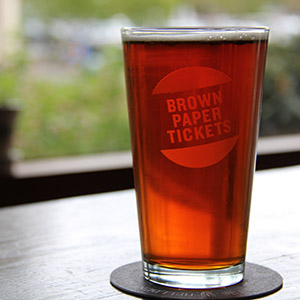 Fact: people love beer. It has been popular in the U.S. since well before the English formed the first colonies–it was recently discovered that the Indigenous people of North America brewed beer with corn and birch sap (and other ingredients) 800+ years ago. Cool huh?

Now the beer industry is thriving with millions of fans lining up for their favorite brew.

In honor of Seattle Beer Week and American Craft Beer Week, we’ve outlined the top five types of craft beer events and included a few tips for each. If you are interested in hosting or ticketing beer events, call us and we’ll walk you through the process.

Beer pairings (craft beer paired with different types of food) are one of the most common beer events. To sell tickets, event organizers must stand out. Atmosphere is everything—carefully consider every detail, from lighting to music and the texture of the napkins.

Beer lovers live for bottle drops, a definite way to engage your fan base. Also a great way to sell craft beer. Before you begin your beer release, have a good sense of your supply and demand and check that you have set up the online sale to run smoothly. Beer releases usually bring in waves of traffic – if something happens that disrupts your sales, such as a site crash, don’t panic. Call us 24/7, 7 days a week and our staff will help you out.

Many breweries focus on craft beer and beer alone and leaving the grub to experts. Our event specialists are finding a new and exciting food truck culture thriving in the parking lots of local breweries. Food trucks have come a long way in the last 10 years and are now serving up some of the most delectable, sought cuisine in the city. However, it’s no longer a “trend” and is now a “thing,” and thus, it’s harder for food trucks to stand out.

Pick a theme for your food truck battle. Establish a common thread because judging a battle between opposite styles is challenging. Simplify the rules and judging process and be up front about them. 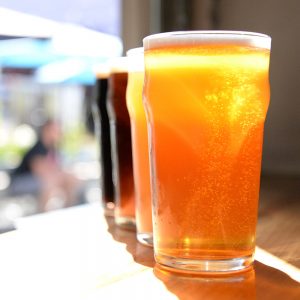 Giving back builds relationships and creates a positive and long-lasting impression. Hosting an event for charity, a block party, or industry-specific mixer are all great ways to get your brew’s name out there. When planning your event, involve your community as much as possible. Hire local talent, buy local supplies and recruit local staff. You’ll build a larger, more integrated community and your neighborhood’s denizens will flock to future events.

Adding live entertainment to brewery events can be hard work, but might really pay off. Open mics, comedy, local music nights, trivia, karaoke or game nights draw the public to come hang out.

The drawback? Entertainment costs money, requires a lot of gear, know-how, time and energy, but still can be worth it.

Be honest and up front both about what you can afford to pay and what you expect to get out of it.

Vet entertainers, sound engineers and promoters in advance to ensure they can provide what you need. Pay them fairly and promptly. Even if it seems pricey, as long as it accomplishes your goals, it’s worth it. Be kind and give plenty of notice if it’s not working out.

Most people in the entertainment industry are passionate and love what they do, but at the end of the day, will still need to pay their bills. Keeping good relationships with acts you have hired will build respect and trust, which in turn will benefit you and your efforts in hosting fantastic craft beer events.