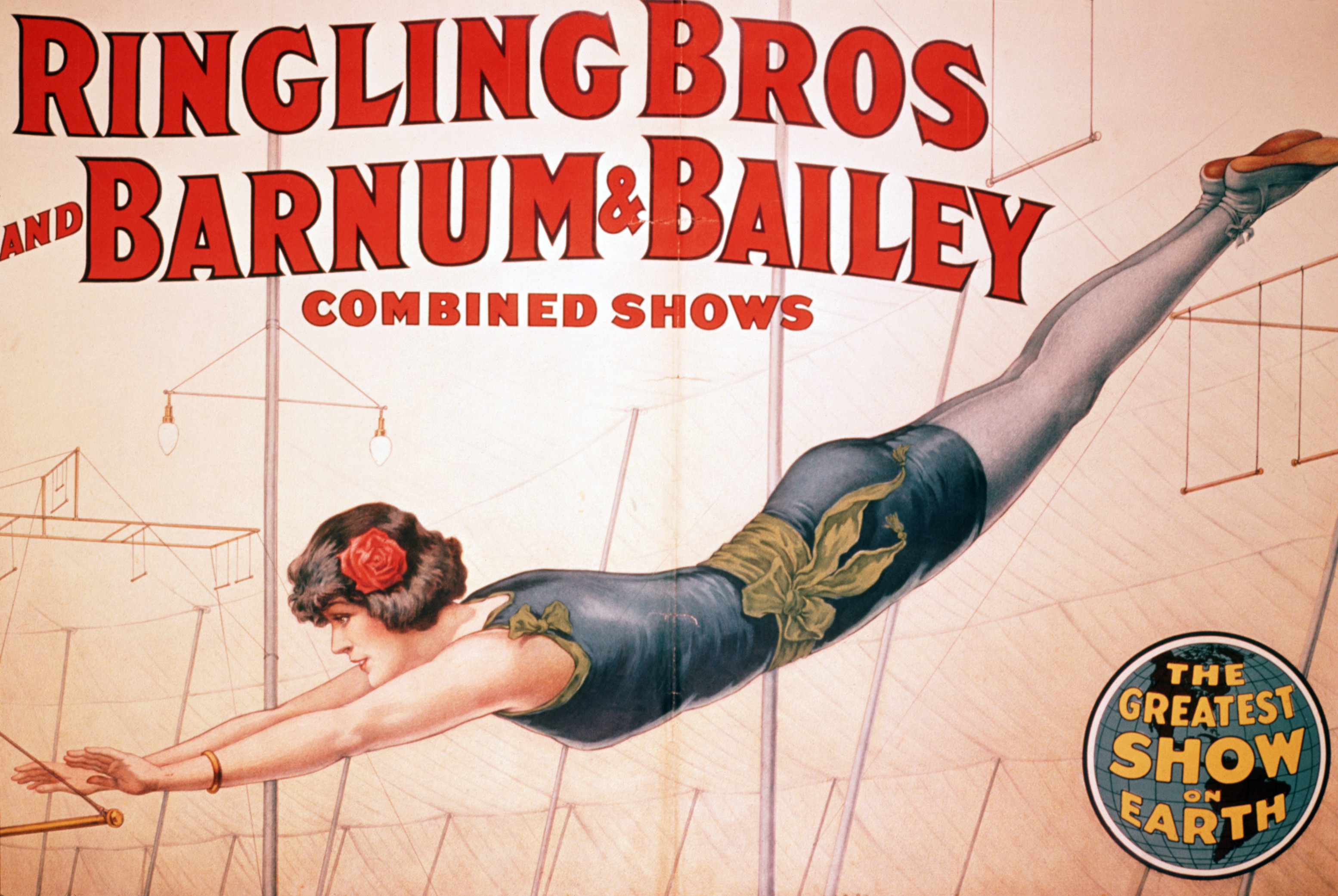 On this date in 1956, Ringling Bros. and Barnum & Bailey Circus closed its very last “Big Tent” show in Pittsburgh, Pennsylvania, signalling the end of an era; all subsequent circus shows would be held in sports arenas. This is significant because it was the end of the golden era of the circus. Once they entered sporting arenas a lot of the magic of the circus disappeared. For those of us that grew up in the 70s and 80s, arenas are we went to see the circus but somehow, sitting on grand stands in a cement box with sticky floors was not the circus that I imagined in my boyhood fantasies and it wasn’t until I was introduced to the cirque-noir movement in the late 90s via Circus Contraption and Bindlestiff Family Cirkus did I start to experience some of the “magic” of the old circus of my boyhood dreams.

Burlesque and circus have always operated in similar universes and many modern burlesque troupes incorporate circus arts into their shows and routines. This week on the Tuesday Tease, I want to highlight shows happening this week that incorporate a little bit of circus into their shows so I’m talking clowns, acrobats, magic and sideshow acts. While the big tents may be gone, we can still re-visit the magic of the magical circus days of yore.

END_OF_DOCUMENT_TOKEN_TO_BE_REPLACED

The histories of American sideshows and burlesque have been intertwined for at least the last 150 years. “Girly shows” were a popular midway attraction in the late 19th and early 20th centuries, and for those living in rural areas, the travelling circus provided men with a sexy distraction from a hard life of working the land. Many small towns didn’t have supper clubs, vaudeville shows, speakeasies or burlesque nightclubs (and, remember, this pre-dated the massive distribution of “men’s” magazines), so the midway’s “hootchy-kootchy” tents were a big destination for rural males.

The girly shows were often placed right next to the sideshow tents advertising “freaks” and “human oddities” and both burlesque and sideshow performers were well versed in tempting coinage from the pockets of small town “rubes.” The girly tents and freakshows continued into the 1970’s but began to fade away as the exploitative qualities of both became both apparent and unsavory to the general public. Also, mainstream circus culture became geared towards family-friendly entertainment and, eventually, phased out the seedier elements of the midway. END_OF_DOCUMENT_TOKEN_TO_BE_REPLACED