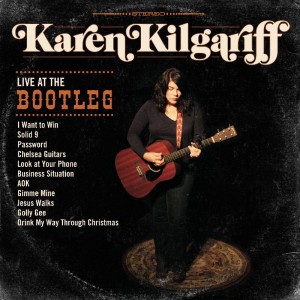 There’s an outtake from Season 3 of HBO’s Mr. Show with Bob and David in which Karen Kilgariff, then a performer on the Nineties sketch series, mocks herself by furrowing her brow and shaking her fist at someone off camera after flubbing a line. It’s throwaway by design, but it sticks with the viewer and underscores Kilgariff’s ability to turn random moments of self-awareness into pointed, memorable humor.

** WARNING! This video contains language that my be offensive to some viewers. Discretion is advised. **