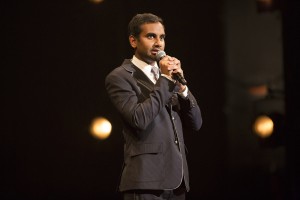 Plenty of comedians use marriage and children as sources for their material, but usually it’s because they themselves are married and/or have children. For someone who’s single and childless, Aziz Ansari has a lot to say about the subject, and while some of his relationship material is familiar, a lot of the perspective he offers in his new Netflix special Buried Alive is unique while also being immediately relatable. Articles about the choice to have or not have children, and to get married or remain single, have proliferated online and in print over the last few years, and Ansari seizes on that conversation to inject his own point of view as someone who isn’t married or having children, but is surrounded by people who are.