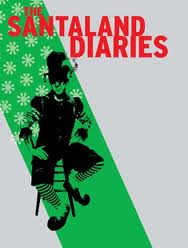 We’re ticketing quite a few productions of the play across the country and we highly recommend you experience Sedaris’ hilarious brand of snarky holiday humor. If you’re not familiar with the piece, here’s a taste of Sedaris’ original reading: END_OF_DOCUMENT_TOKEN_TO_BE_REPLACED