Man, 2013 is shaping up to be the year of the inaugural burlesque festival. If you’re a regular reader of the Tuesday Tease, you’ve seen that we’ve featured a ton of them this year.

Well, those days are over, because Cha Cha Velour, long time Vegas burlesque stalwart, founder of Las Vegas Burlesque Classes and the monthly showcase Live Burlesque in Las Vegas has started the Las Vegas Burlesque Festival! The festival kicks off this Thursday with the Thursday Night Showcase at Boomers Bar. We are absolutely thrilled to be a sponsor of the festival and to be ticketing Thursday night’s show.

Cha Cha took some time out of her insane pre-festival schedule to talk to us about the burlesque scene in Las Vegas, where to find the “real” burlesque in Vegas and she even offers a little advice to those of you thinking of starting a burlesque festival in your own town.

So, without further ado, I give you Cha Cha Velour, “burlesque beauty and tattooed cutie”: END_OF_DOCUMENT_TOKEN_TO_BE_REPLACED 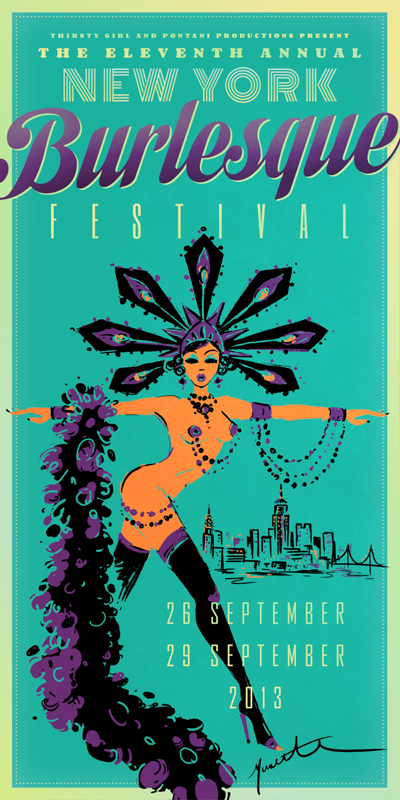 We interviewed Jen last year in honor of their 10th anniversary and I encourage you all to check out that interview, especially if you are event producers yourself. Jen has an impressive track record of festival organization including The Capitol Hill Block Party in Seattle, the Siren Music Festival at Coney Island, The Glamour Ball on Fire Island, The New York Boylesque Festival which is now in its 2nd year and The Coney Island Talent Show, now in its fourth year. She was also the Associate Producer of the documentary, Last Summer at Coney Island, which aired on PBS in May 2011. END_OF_DOCUMENT_TOKEN_TO_BE_REPLACED