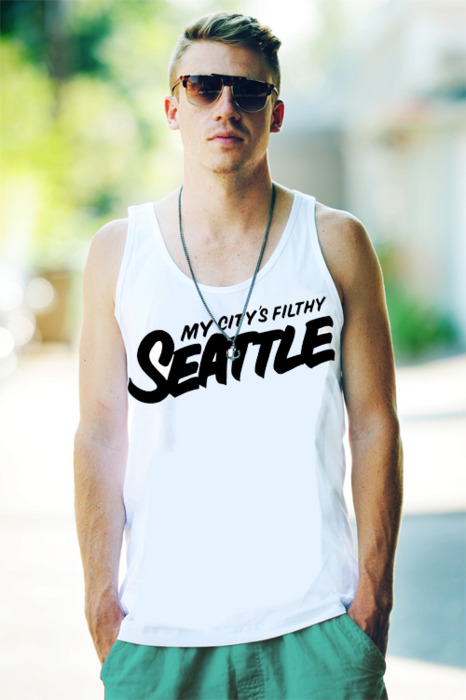 So, most of you probably know that us Seattlites are pretty proud of our hometown, hip-hop hero Macklemore and his recent success. Well, today, we have another reason to celebrate Mr. Ben Haggerty (Macklemore’s real name), it’s his 30th birthday today! I have a feeling that the 30s are going to be pretty kind to Macklemore. He’s certainly accomplished a lot for such a young man.

We’re proud of Macklemore’s DIY roots and love to see artists take their careers into their own hands as opposed to letting them be dictated by industry “experts” who are only interested in the bottom line. So, in honor of Macklemore and DIY hip hop everywhere, we decided to feature three independent hip-hop artists that are using Brown Paper Tickets for some of their upcoming shows and tours.

One, Oakland’s Del tha Funky Homosapien, is a bonafide legend in the independent hip-hop scene but let’s hope the other two can achieve the level of success Macklemore has, while still staying true to their DIY roots. Either way, it’s great to have hip-hop artists like these out there, challenging the mainstream and pushing the musical boundaries of the genre. END_OF_DOCUMENT_TOKEN_TO_BE_REPLACED

Mid-Week Beat: Is Radio Still Relevant in the Digital Age?

This week on the Mid-Week Beat we stray away from our usual format of featuring bands and shows to focus on radio, and more specifically Low Power FM. Radio is an important medium that is just as relevant and useful to independent musicians as it is to community groups and non-profits, even in the age of the Internet. Today, on World Radio Day, we feel it’s important to talk about some exciting developments for independent, community-based radio and to encourage all of you to support the independent radio stations in your own community. Happy World Radio Day everyone!

Every musician wants to connect with their audiences and, in the past, radio airplay has been the key to achieving that. I know some of you can remember the excitement of when you heard your favorite song come on the radio or, if your a musician, the first time you heard your own music on the radio. Younger musicians like Macklemore and Ryan Lewis, have made it clear that the walls of the old school music industry are crumbling in favor of D.I.Y. online solutions, but does that mean that the power of radio has diminished?

No one who listened to Orson Welles’ famous radio play, “War of the Worlds” would have questioned the importance of radio. The realistic “theatre of the mind” made people of that day pack their bags, call the police and go into basic panic mode, because what you create in your mind can be even more powerful than anything that you see or read. Surely, radio as a medium would remain important to artists who’s work can primarily be appreciated and shared through the sense of sound… at least, as long as audiences were still tuning in.

But in the digital age, has radio outlived its relevance?

According to the United Nations, radio remains the medium that reaches the widest audience worldwide, and radio is able to connect better with communities regardless of economics or education levels. Radio can reach listeners who are engaged in other activities and tell stories in a way that resonates in a different way than other forms of media are able to. This is just as true in the world’s largest cities as it is in places without a digital communications infrastructure. END_OF_DOCUMENT_TOKEN_TO_BE_REPLACED

We love to support the music community, and have some awesome plans for SXSW this year. I’m particularly excited about our involvement with the SxSeattle group, which helps Seattle artists get an audience down in Austin.

Playing at SXSW can be instrumental in an artists’ career – being in front of the right audience can lead to record deals, agent relationships, and perhaps the best part, new fans! It’s great exposure.

Each year, SxSeattle throws a party in Austin to showcase some of the best bands from our hometown. Before the conference, there’s also a local event to kick-off the fun and help raise funds for the trip to Austin. Brown Paper Tickets is proud to be a co-sponsor of all the fun down in Texas, and I’m a member of the planning committee for SxSeattle. Here’s more about what we have planned: END_OF_DOCUMENT_TOKEN_TO_BE_REPLACED