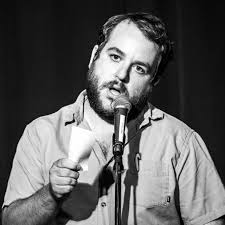 Los Angeles-based stand-up comedian Richard Bain is crowdfunding money for his sister Ashley, who lost her home and one-year-old son in a North Carolina tornado the evening of Friday, April 25. Additional information and donation links are available at https://fundly.com/help-ashley-bain

“My sister’s house was destroyed by a tornado Friday night,” Bain reported on Sunday. “The roof collapsed on her and her one year old son, Gavin. He was in a medically induced coma, but passed this morning.”

Originally from Edenton, North Carolina, Bain moved to Portland before relocating to North Hollywood in 2011. His credits include The Tonight Show with Conan O’Brien, Portland’s Bridgetown Comedy Festival and L.A.’s Riot Comedy Festival. 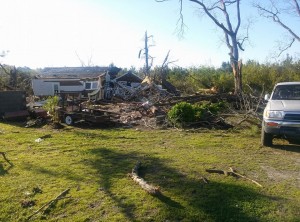 heavily damaging around 200 homes and businesses. As you can see by the photograph, Bain’s sister’s home was completely destroyed.

While the money raised will never replace her infant son, it can, at least help her rebuild her home so that she can focus on her grieving. Our hearts go out to Richard, his sister and the Bain family. It’s hard to imagine what they’re going through right now.

If you can, please donate generously and help this family in need. The Fundly campaign ends on May 31st so donate now.