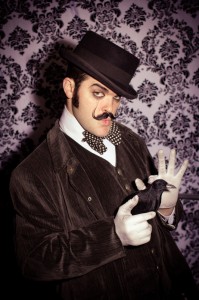 With so many people walking around with handlebar moustaches and tweed vests, one can easily get annoyed with the current wave of retro-enthusiasm. Bars calling themselves “speakeasies” are popping up everywhere and every 20-something seems to be learning to play the banjo, riding a penny-farthing or waxing poetic about rye whiskey. Surely, this trend will pass and the hipsters will find another by-gone era to emulate, but for hardcore retro-enthusiasts like Russell Bruner, this is more than a trend, it’s a lifestyle!

I first met Russell on a trip to Portland back in October, where I checked out one of his swing dance nights at Kelly’s Olympian. I’d been meeting with burlesque performers that whole weekend and all of them had nothing but great things to say about Russell. When I saw him in action that night at Kelly’s, I could see why. I was blown away by his pleasant demeanour, his style and, most of all, his dance moves.

Russell is the founder of the Portland, Oregon-based production company Swing Time PDX. He started Swing Time “as a project to provide and create more opportunities for swing bands and swing musicians to encourage and help them to provide dance events to the public.” Over the better part of the last decade, he has incorporated more than just swing bands and dancers into the mix. He now hosts circus events, vaudeville shows and, of course, burlesque. All with his decided old-time flair.

END_OF_DOCUMENT_TOKEN_TO_BE_REPLACED 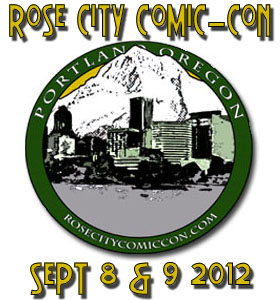 Rose City Comic-Con is a comic convention at heart. With that in mind we have focused our efforts on comic artist, writers, and vendors. However, comics these days have a massive crossover into other genres such as sci-fi and fantasy. Many of our guest are not only comic folks but they are also novelists, screen writers, musicians and actors. But I think the foundation for all those other creative mediums is comics. END_OF_DOCUMENT_TOKEN_TO_BE_REPLACED

Here is a chocolate chip cookie recipe I have been using for years. It’s near and dear to me so I would like to share it with you! Even during these sweltering summer months, there is nothing like a chocolate chip cookie. Try eating them with some vanilla ice cream at your next summer barbecue. END_OF_DOCUMENT_TOKEN_TO_BE_REPLACED

Currently there are 838 LPFM stations in the country operating at 100 watts or less and reaching a radius of three to ten miles. In 2007, bipartisan legislation was introduced to increase the number of available LPFMs. It was then that the National Association of Broadcasters (NAB) came out strongly against the introduction of what they called “thousands of micro-radio stations to the FM band”. It is possible that several hundred nonprofits will apply for new LPFM licenses when the application window opens in fall 2012 and the NAB has been concerned that they will interfere with full power stations. END_OF_DOCUMENT_TOKEN_TO_BE_REPLACED