With its office tucked in a charming courtyard nearby Place de la Bastille in Paris, Discover Walks, a small company offering guided tours is successfully spreading its wings throughout Europe and the United States. It was founded, almost by accident, in 2010 by Jim Jorgensen and Alexandre Gourevitch, who had met when working together in the Bay area. Jorgensen had travelled to Paris to visit Gourevitch after the latter had relocated to his homeland. While Gourevitch was giving him his own personalized informal tour of the City of Lights, a stranger, eager to hear the information, joined both of them and at the end of the “tour” handed Gourevitch a huge bill to thank him for his time.

From that moment, the seed was planted into both men’s heads to start a company that would offer tours that would not necessarily be historically savvy or academic but that would make participants feel like they were touring the city with an old friend, native from that city. The first offering included only free visits, where the participants could tip their guide at the end of the tour. Getting the word out in the early days was rather tough. But once Discover Walks was able to distribute flyers in different hotels, the number of participants increased dramatically. Along the way, the team noticed that the same people would come back for 2 or 3 visits. At the end of the first year, tours were also starting in San Francisco and are now also present in a half a dozen European cities (Barcelona, Prague, London, Lisbon, Rome, Saint Petersburg).

END_OF_DOCUMENT_TOKEN_TO_BE_REPLACED

This last week I had the pleasure of attending the Winter Fancy Food Show in San Francisco, California. Along with what seemed an endless sampling of specialty foods such as cheese, olive oil, chocolate, and even wine, I also had the the opportunity to spend the day checking out the beautiful city.

As I made my way around the city peeking my head into the various shops and restaurants I suddenly had a craving for seafood. I hopped a trolly in the wonderful sixty degree weather and rode it all the way to the end of the line which conveniently ended at Fisherman’s Wharf. I strolled, casually soaking in the smell of clean salt air and fresh seafood. I wandered up to one of the many stands and poured over the menu while a steel drum band played a rendition of Paul Simon’s “You Can Call Me Al.” After receiving what turned out to be the freshest tasting crab cocktail I can remember having in a long time, I savored my lunch on a park bench with the warm sun on my shoulders.

Upon returning to Seattle I was reflecting on my trip and all the great food I had tried while I was down there. I realized I had missed something I had planned on having… Cioppino! How could I visit the Bay Area and not have this wonderful seafood stew? I love it! I grew up eating it. Well I missed my chance this time but you can bet it will soon make an appearance at my dinner table.

Here is my recipe for Cioppino, feel free to change out ingredients to make it your own. Enjoy! END_OF_DOCUMENT_TOKEN_TO_BE_REPLACED 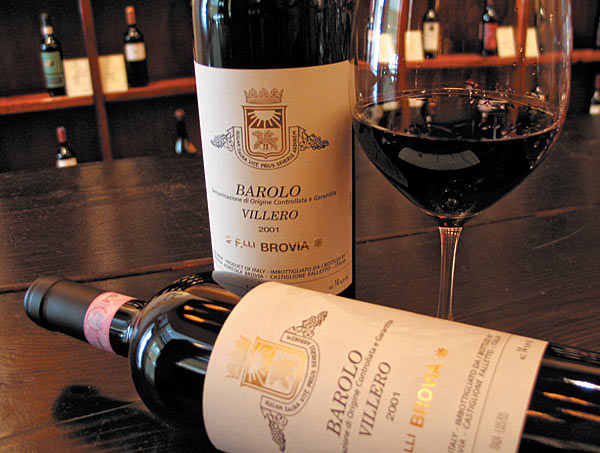 Nothing is better than a nice glass of wine after a delicious meal. I personally prefer Italian wines and that’s why 18 Reason’s Italian Reds for Fall with Oliver McCrum caught my eye.

I spent much of my 20s and early 30s waiting tables in Italian restaurants so I definitely developed a knowledge of Italian wine making. Yet, despite years of attending wine tastings and classes I feel like I’ve barely scratched the surface of this complex and varied wine making region, which is one of the oldest in the world.

There are over 2000 indigenous grape varietals in Italy’s 20 wine making regions making it a dense topic to jump in to. Luckily, this tasting has narrowed it down to a seasonal theme, pairing only Italian wines that go great with Fall cuisine. Featured wines include: Petit Rouge and Fumin from the Vallee d’Aoste, a region located in the Northwestern part of Italy that shares borders with Switzerland and France; Lagrein from the Alto Adige, an autonomous region located in Northern Italy that speaks predominately German; Aglianico and Piedirosso/Tintore di Tramonti from Campania, a culturally rich region in Southern Italy that boasts Naples as its capital city and Nerello Mascalese/Nerello Capuccio and Frappato/Nero d’Avola from the island of Sicily. Your host for the evening will be Oliver McCrume of Oliver McCrume Wines, one of the predominate Italian wine importers in the Bay Area. So, you know you’ll be learning from someone that really knows his stuff. END_OF_DOCUMENT_TOKEN_TO_BE_REPLACED

Tomorrow, is the Scary Cow Film Festival in San Francisco. What is a Scary Cow Film Festival you ask? Well, it’s not a festival dedicated to horror films with bovine killers, although that does sound interesting. No, Scary Cow is a film co-op out of the Bay Area that helps aspiring film-makers produce their films. The members run Scary Cow and all revenue that Scary Cow receives goes back to the members in the form of screenings, budgets, classes and more. Since 2007, they’ve made over 150 films and have given out over $130,000 to their members.

Scary Cow has no restrictions on what kinds of films can be made, so a film-maker could, in theory, make a cow-slasher flick if he or she wanted. The film-makers own all the rights to their film, so if by some odd chance their low-budget, indie film takes off and becomes the next Blair Witch Project, then they keep all the profits. But even if their film goes nowhere, Scary Cow offers a valuable service by allowing aspiring film-makers to actually get out there and make it happen; to actually learn by doing. It’s a great way for aspiring film-makers to hone their craft and build their resumes while working and networking with other Bay Area film-makers. END_OF_DOCUMENT_TOKEN_TO_BE_REPLACED 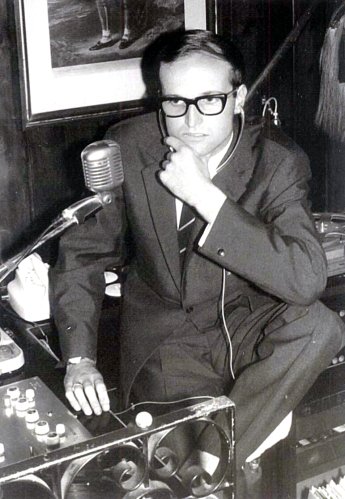 Today marks the 52nd birthday of the discothèque. Like many origin stories, the discothèque came into existence largely by accident. On October 19, 1959, The Scotch-Club, a restaurant in Aachen, Germany re-opened as a dancehall. The owner didn’t want to hire a band so he used a record player instead. On the opening night, the audience was quickly becoming bored with the record player format so, Klaus Quirini, a newspaper reporter covering the event, took over the record player and spiced things up by announcing the songs, throwing in his own witty comments and encouraging the audience to participate in games. The night was a hit and word began to spread outside of town about Klaus and his unique record-spinning technique, making Klaus, unwittingly, the world’s first DJ. The Scotch-Club therefore became the world’s first discothèque and DJ Heinrich, as Klaus then became known, inspired others to follow suit. He even encouraged DJs to organize a workers’ union, turning disc jockeying into an official profession. END_OF_DOCUMENT_TOKEN_TO_BE_REPLACED

San Francisco: Get Ready for Halloween with Shocktoberfest 12!

October is upon us and thus begins the season of all things dark, creepy and sinister. Over the next month, I’ll be featuring events that set the mood for Halloween and the first event that caught my eye was Shocktoberfest in San Francisco.

This trio of noir-horror plays is celebrating its 12th year and is a collaboration between San Fransisco’s renowned Thrillpeddlers and author Eddie Muller, who wrote the evening’s plays. The Thrillpeddlers have been around for nearly two decades and specialize in authentic Grand Guignol horror productions. The Theatre Du Grand Guignol was located in the Pigalle neighborhood of Paris and was open from 1897 to 1962. It specialized in horror shows and today the term Grand Guignol is used to describe a wide range of graphic horror entertainment, ranging from Elizabethan theater to modern splatter films. END_OF_DOCUMENT_TOKEN_TO_BE_REPLACED

Here are three rules for good social media behavior that are the same as out on a first date: