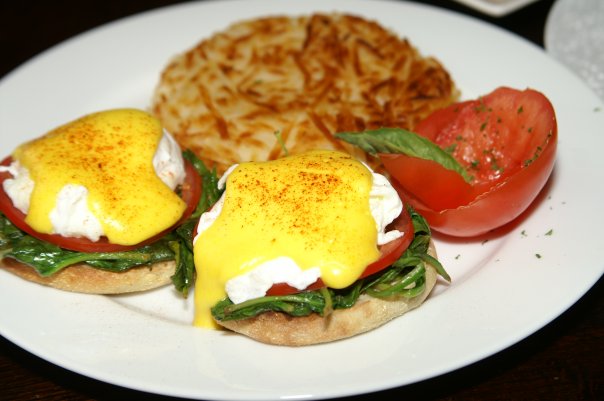 In the realm of egg cookery there are a lot of possibilities. A simple scrambled egg can spiral into an endless combination of temperatures, additions, and techniques that result in or are a party to a tasty meal.

When it comes to brunch there are a couple things that immediately come to mind and both of them are in this weeks recipe. I chose Hollandaise because it is a mother sauce that is absolutely essential to brunch. Whether is is Eggs Benedict or Bearnaise sauce with your steak and prawns, it just belongs at the table. This recipe should be easy to double if desired, although, you may need a bigger boat (bowl & pan). You can add any number of flavorings to your completed sauce to make it your own. I like to add Dijon mustard, coarse ground black pepper, and basil for example. You can also sub out the lemon juice for lime or orange and switch up the type of hot sauce. I also like to serve Hollandaise on the table for guests to add to whatever. Why hold back on brunch? Enjoy! END_OF_DOCUMENT_TOKEN_TO_BE_REPLACED

About six months ago, on May 30, 2012, the Seattle artistic community was dealt a massive blow.

A lone gunman, Ian Stawicki, walked into the University District artist haven Cafe Racer and opened fire, killing two prominent members of the Seattle music scene, Drew Kariakedes and Joseph Albanese (known to most by their stage names Shmootzi the Clod and Meshuguna Joe) as well as Donald Largen and Kimberly Layfield. An employee of the Cafe, Leonard Meuse, was also shot but, miraculously, survived. The shooter then shot and killed Gloria Leonidas, a mother of two, in the Downtown/First Hill neighborhood about 30 minutes later, while stealing her SUV. He then drove the stolen vehicle to West Seattle where he killed himself in front of Seattle Police officers. It was a day of terror and tragedy that many of us in Seattle will never forget.

Drew and Joe were good friends of mine as our bands had played together often over the last 15 years. In fact, the last show that their band, God’s Favorite Beefcake had played, had been with my band The Bad Things, the Saturday before the shootings. The loss of these incredible musical talents cast a dark shadow over our tight-knit musical community and six months later, their absence is still felt every day.