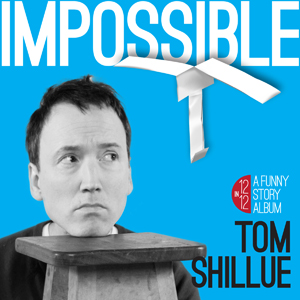 Midway through describing a random meeting with The Waltons actor Richard Thomas, Tom Shillue interrupts himself to marvel at the number of times people have incredulously asked how much truth his stories contain. “It’s all very basic stuff up here. I’m not rocking anybody’s world, right?” Shillue asserts, continuing, “Why in holy hell would I make up anything? I mean, if I was making this stuff up it would be profoundly uninteresting, wouldn’t it? It’s friggin’ boring! I ran into John Boy? Who gives a crap?”