Take-out food and the holidays go hand in hand. Since you have a house full of guests it seems like an easy decision to make. Whether it’s pizza, Chinese or Thai, you can bet you will be paying premium prices to feed your guests. Even if everyone pitches in, it can be somewhat expensive per person.

I don’t know about you, but I try to be as frugal as possible during the holidays so I can put a little more under the tree. That’s why, when it’s time to pick a menu from the junk drawer, I suck it up and head to the grocery store instead. Sure, I give into to the take-out temptation on occasion, and wouldn’t consider myself a Foodie if I didn’t know the best place to order pizza or chow mein from, but I really do try to take the high road when I can.

This week I have decided to share a recipe for one of my favorite Chinese take-out dishes. General Tsao’s chicken. I have searched and searched for the best version of General Tsao’s chicken with some surprisingly bleak results. So, like any self-respecting Foodie, I have fine-tuned my own recipe for some time now and today, I wanted to share it with you. Enjoy! END_OF_DOCUMENT_TOKEN_TO_BE_REPLACED 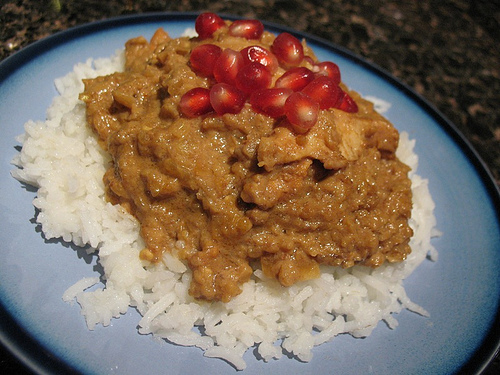 Here are the recipes for Khoresht Fesenjaan and Polow (Persian style rice) that I have been using to impress friends and employers for years. Enjoy! END_OF_DOCUMENT_TOKEN_TO_BE_REPLACED