A great week of music coming up here in the Brown Paper Tickets’ universe. Here are a few of the ones that we think you’ll dig. Enjoy!

Hawkwind are the kings of UK “space rock” which is a driving, hard-rocking version of psychedelia. Formed in November 1969, Hawkwind have gone through many incarnations but Nik Turner was one of the original members and certainly one of the most memorable. Turner plays saxophones, flute, sings and is a composer and while with Hawkwind, Turner was known for his experimental free jazz stylisations and outrageous stage presence, often donning full makeup and Ancient Egypt-inspired costumes.

He originally approached the band offering his services as roadie, given that he owned a van and was a fan. Once the band found out that he played saxophone, however, he was recruited into the fold. He was a member of the band during their most commercially successful and critically acclaimed period, writing or co-writing some of their most popular songs such as “Brainstorm” and “Master of the Universe.” However, complaints about his playing over other members of the band despite numerous requests to modify his behaviour eventually led to his dismissal in November 1976.

In 1982 during the recording of Choose Your Masques, founding member Dave Brock invited Turner to the recording sessions and he was asked to front the band for the album’s tour. Turner’s second stint in the band lasted just over two years and although some live albums and videos were released, the band did not undertake any studio recording. At the end of 1984 while preparing material for The Chronicle of the Black Sword album, he was fired once again.

Since then, Turner has been involved with a number of projects including Sphynx, Inner City Unit, Nik Turner’s Fantastic All-Stars, Galacticos and Space Ritual. All share the tripped-out, heavy, forward thinking approach that Hawkwind is known for, so Hawkwind fans are sure to dig Nik’s performance happening tomorrow night at the legendary Lion’s Lair in Denver, Colorado. Amazingly, there are still some tickets available right over here.

END_OF_DOCUMENT_TOKEN_TO_BE_REPLACED 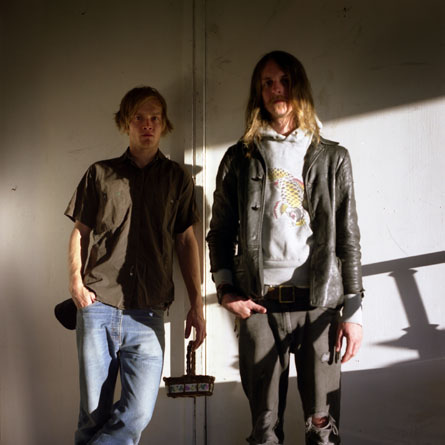 Every Wednesday, Brown Paper Tickets will be introducing you to bands and musical events from around the globe. In the future we’ll feature interviews with some of our favorite bands, record reviews of upcoming releases, music-related stories, previews of specific genres, suggestions of upcoming music festivals and much more. We hope this will become your weekly stop for all the music lovers in the Brown Paper Tickets universe so be sure to check back each week and discover your new favorite band, song, festival, venue or genre.

Here are three bands that we’ve been digging who have shows coming up next week in Washington, Louisiana and North Carolina.

Formed in 2002, Two Gallants are a folk-rock duo from San Francisco, California. They took their name from a short story by James Joyce’s “Dubliners” and self-released two albums (now out-of-print) before signing to Alive Records for their “official” debut “The Throes.” In 2005, they signed with Saddle Creek Records, releasing two albums and one EP on the label.

Our featured song, “My Love Won’t Wait” comes from their fourth album “The Bloom and the Blight” which was released on September 4th, 2012. The album is their first record in five years and their first effort on Dave Matthews’ (of the Dave Matthews Band) label, ATO Records.

The band is currently on tour for “The Bloom and the Blight” and the tour kicks off in Bellingham, Washington on Tuesday, January 16 at the The Shakedown with fellow San Franciscans Future Twin. If you’re in the area, be sure to pick up tickets to see their, always memorable, live show. END_OF_DOCUMENT_TOKEN_TO_BE_REPLACED

Many of us here at Brown Paper Tickets came up in the punk rock scene. The sense of community and DIY aspects of the punk scene still ring true in many of our company policies and you can often wander by any given desk here in our offices and hear punk music coming out of the computer speakers, see punk fliers on office walls and of course, catch many of our employees sporting a t-shirt of their favorite punk band.

So, while I was perusing upcoming events that we are ticketing, I was thrilled to see that we’re ticketing shows by two punk rock legends, UK street-punk band The Business and Northwest hardcore legends Poison Idea. END_OF_DOCUMENT_TOKEN_TO_BE_REPLACED