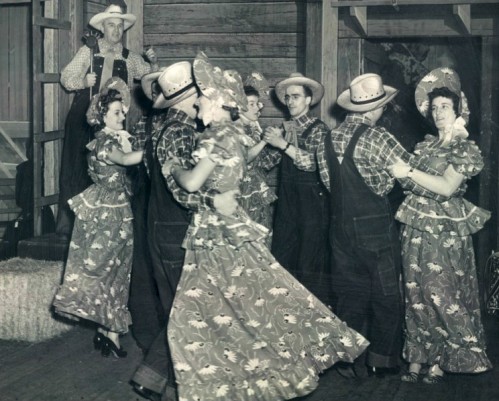 AMERICAN MARS in concert at Foundry Hall – South Haven, Michigan   Since its inception in the late 90s, American Mars has been a kind of musical anomaly in their hometown of Detroit. In a town often passed over by touring roots acts and dominated by garage and punk, the band has persevered for over a decade with its unique brand of atmospheric roots-influenced rock. Their emotional and cathartic live shows have earned them supporting slots with The National, The Avett Brothers, Elbow, Clem Snide, Magnolia Electric Company, Richard Buckner, and 16 Horsepower. The band’s 2008 release, Western Sides (Gangplank Records), received enthusiastic reviews from Harp magazine and American Songwriter, while the music on the group’s 2003 release, No City Fun, received glowing comparisons to such diverse artists as Tom Petty, Joe Henry, James, the Dream Syndicate, and Blue Nile.

The Hard Road Trio – Los Gatos, California   The Hard Road Trio’s sound has grown from Steve Smith’s love of bluegrass rooted in his native Virginia, the beauty of choral singing ever-present in Chris Sanders’ Minnesota childhood and the musical traditions of Anne Luna’s New Mexico family. Together, north and south meet the west and create a unique heartbeat … a spacious sound full of light that “…refuses any one label, except perhaps that of good, evocative music,” says Bluegrass Unlimited. The Trio has travelled the U.S., appearing at the Desert Bluegrass Festival in Tucson, the Black Hills Bluegrass Festival and Bluegrass on the Green in Illinois in 2011.

The Ladies of Country Music at Trustus Theater – Columbia, South Carolina   The Golden Era of Country Music is Back! The Ladies of Country Music features six of Columbia’s most loved female vocalist in a 1960’s era Grand Ole Opry style show. The ladies and backing band will bring the Nashville’s Honky Tonk country era back to life for two shows on the Trustus stage with all proceeds going to benefit the free Jam Room Music Festival. Vocalists include: Jenn Mcallister, Carrie Phillips, Caroline Weidner, Kanika Moore, Kim Harne and Kristen Harris singing the songs of Kitty Wells, Patsy Cline, Loretta Lynn and more!

Hometown Hootenanny: Legends of Nashville – Everett, Washington   Traditional country music will fill the stage as the Hometown Hootenanny salutes the Legends of Nashville this Saturday at the Historic Everett Theatre in downtown Everett. The Hometown Band pays tribute to country music greats like George Jones, the Bellamy Brothers, Conway Twitty and Alan Jackson, performing “Hello, Darlin’,” “Pop a Top,” “Statue of a Fool” and a half-dozen other classic country hits. Poncho Lopez, a local performer who specializes in Johnny Cash’s musical legacy, will join the show and audience favorite, Marcia Kester, will reprise songs from her Journeys of the Heart: Tribute to the Queens of Country show with performances of songs by Patsy Cline, Wynonna Judd and more. The Hometown Hootenanny is a family-friendly event, presenting live music and a variety of entertainers in a classic venue in downtown Everett.

5th Anniversary Barn Dance – Sonoma, California   18 Reasons is turning five! They want to celebrate their anniversary and all the big exciting changes they’ve gone through this year. They are hosting a barn dance for all their friends & supporters at Bi-Rite’s farm in Sonoma! This very special barn dance will feature music, dancing, and live calling with the great Evie Ladin, a caller, singer, dancer, and banjo player, and the Sutro Tower Broadcasters, featuring  Ben Segelman and Karen Celia Heil. There will also be kids’ activities! Learn to lasso, plant a seed to take home, try your hand at games like horseshoes and corn hole, and squeeze some fresh lemonade! Burgermeister will be on hand with their grill, serving up beef raised right there on the farm. Tamales from Primavera, salads from Bi-Rite, and cookies from the Bi-Rite Creamery will round out the evening! Wine from Scribe winery, beer, and lemonade are included.