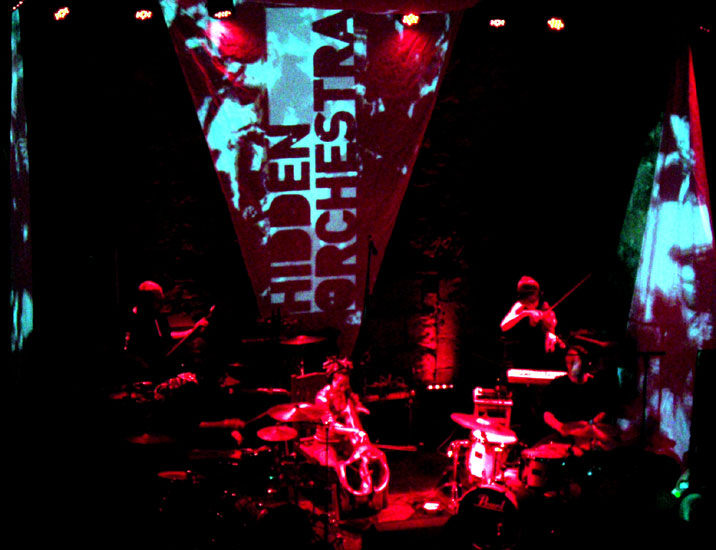 This week on the Mid-Week Beat we have the pleasure to look at three instrumental groups who each produce their own unbelievably unique, hypnotic sound.

It was probably not until a friend lent me “Mr Beast” by Mogwai that I realised how powerful an instrumental song could be. It really felt like you could immerse yourself in the music and that a vocal would have just been a distraction. When done well, as these three bands are a testament to, instrumental songs pull you right in as they are filled with genuine energy, emotion and atmosphere.

Loscil produce ambient and electroacoustic music. It is Scott Morgan from Vancouver who is behind Loscil, which takes it’s name from the “looping oscillator” function of the Csound computer music language. Loscil’s self-released album, “A New Demonstration of Thermodynamic Tendencies,” resulted in Chicago independent label Kranky taking an interest in his music. They signed him and released “Triple Point” in October of 2001 which has since been followed by five additional full-length albums including the latest “New Brighton Field Study” released in August of 2012. You can catch Loscil in Glasgow at the The Glad Cafe on Thursday, the 21st March. Hurry tickets are selling fast!

Origamibiro are an audiovisual artistic collective. Starting out as the solo project of Tom Hills in 2007, with the release of “Cracked Mirror & Stopped Clocks.” It has since become a collaborative effort with musician Andy Tytherleigh and video artist The Joy of Box (Jim Boxall). Origamibiro are able to produce the sound of an orchestra from only three people, playing multiple instruments, objects, unorthodox contraptions and even a type writer. With a superb sound and the visuals of the The Joy of Box, they provide an amazing live experience. They are back in their home town of Nottingham to play some new material and tracks from their latest albums “Shakkei” and “Shakkei Remix.” They play Nottingham on the Friday, the 22nd March at the Nottingham Contemporary. Grab your ticket here.

Hidden Orchestra are a quartet from Edinburgh, who have a sound that is very much their own, including elements of jazz, classical, rock, hip-hop and electronica. Hidden Orchestra is the solo studio project of composer/producer Joe Acheson. Live, they consist of the duelling drums and percussion of Tim Lane and Jamie Graham, with the quartet being completed by Poppy Ackroyd’s distinctive violin and piano playing. The release of their debut album on Tru Thoughts in 2010, “Night Walks,” created quite a buzz and saw them tour extensively all over world. Hidden Orchestra went on to enjoy much radio play which saw them recording live sessions on BBC R6 for Cerys Matthews and BBC Radio Scotland as well as receiving plays from Gilles Peterson (BBC R1), Jamie Cullum (BBC R2). Their second album “Archipelago” was released on 1st October 2012. You can catch them live at the Nottingham Contemporary on Friday, the 19th April. Get your ticket now!