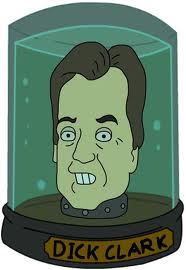 Eyehategod is an American sludge metal band from New Orleans who formed in 1988. They have become one of the most well known bands to emerge from the NOLA metal scene. Throughout the years, their core line-up has remained, with the exceptions of the bass guitarist, a slot in which several musicians have played, and the death of drummer Joey LaCaze in 2013.

Eyehategod have noted Melvins, Carnivore, The Obsessed, Discharge, Black Flag, Corrosion of Conformity, Black Sabbath, Celtic Frost, Confessor and Saint Vitus as key influences to their sound. Heavy, detuned, and bluesy guitar riffs dominate the band’s discography. They are combined with walls of feedback and tortured vocals to create a harsh misanthropic vibe.

This show is part of the band’s 24th Anniversary tour and features specials guests Cattle Decapitation, Nausea and Obliterations.

John Doe is an American singer, songwriter, actor, poet,guitarist and bass player. Doe co-founded the much-praised L.A. punk band X, of which he is still an active member. His musical performances and compositions span the rock, country and folk music genres. As an actor, he has dozens of television appearances and several movies to his credit, including the role of Jeff Parker in the television series Roswell.

In addition to X, Doe performs with the country-folk-punk band The Knitters and has released records as a solo artist. In the early 1980s, he also performed on two albums by The Flesh Eaters.

Doe will be performing two solo sets at Denver’s legendary Lion’s Lair. Tickets for Saturday’s show can be purchased here.

Zephire Andre Williams is an American R&Band punk blues musician who started his career in the 1950s at Fortune Records in Detroit. His most famous songs include the hits “Bacon Fat” (1957) and “Cadillac Jack” (1966).

In the early 1960s, Williams co-wrote Stevie Wonder’s first song, “Thank You for Loving Me.” Williams’ “Shake a Tail Feather” was also a hit in 1963 for the Five Du-Tones and then for Ike & Tina Turner. Alvin Cash & the Crawlers also made a hit out of the Williams song “Twine Time”. As well as these hits, Williams also supervised the making of two albums by The Contours. Additionally, in the 1960s, Williams was the manager and roadie for Edwin Starr.

In 1999, he began his relationship with Chicago-based record label Bloodshot Records by recording a country album with The Sadies, entitled Red Dirt. In 2000, Williams released The Black Godfather, with two songs backed by The Dirtbombs. A return to soul-style music came with Aphrodisiac in 2006. In 2007, Williams finished recording an album with the New Orleans based band, Morning 40 Federation. The album, titled Can You Deal With It, was released by Bloodshot Records in 2008 and is credited to Andre Williams & the New Orleans Hellhounds (the pseudonymous Morning 40 Federation).

The 2007 documentary Agile Mobile Hostile: A Year with Andre Williams told of Williams’ early career at Fortune Records, his hard life on the streets of Chicago in the 1980s, drug and alcohol abuse, his return to the stage and recording studio in 1995, and his current life and musical career.

** WARNING! This clip contains language that may be offensive to some viewers. Viewer discretion is advised. **

Ask Al Stewart to sum up where he is now, musically speaking, and you’re likely to wind up two steps behind where you started; this is by no means an unusual circumstance in conversation with Al, keenly aware as he is that making a leap forward often entails taking a step backward. Sometimes it’s into the library stacks where the late historian Ms. Tuchman dug for material. Sometimes it’s into the record stacks where the late rocker Mr. Cochran made his mark as a teenager singing his “Summertime Blues” so many summertime’s ago.

In many ways, the summertime of Stewart’s 2009 much more resembled his summer of 1969 than it did the summer of 1979, when his multi-million-selling “Year of the Cat” and “Time Passages” were staples of FM radio, and he was touring with saxes, synths, singers, and all the accoutrements pop stardom brings. “I don’t think I ever knew how to be in front of a band,” says Al, a little modestly. “I always felt I was loitering there while they were doing all the work.”

With the release of Uncorked, Al and musical partner Dave Nachmanoff take a trip through Stewart’s musical back pages, both in terms of the musical catalogue (they did have nearly 20 albums’ worth of songs to pick from), and in terms of performance style. After all, Al made his bones in the massively fertile folk scene that was London in the late ’60s, and he numbers among his contemporaries the likes of guitar wizards Bert Jansch and John Renbourn, singer-songwriters Roy (“Hats Off To”) Harper and Richard Thompson, and a former flatmate named Paul Simon, who went on to some celebrity upon returning to America.

The Beat (known in North America as The English Beat and Australia as The British Beat) are a 2 Tone ska revival band founded in Birmingham, England, in 1978.Their songs fuse ska, pop, soul, reggae and punk rock, and their lyrics deal with themes of love, unity and socio-political topics.

After The Beat, Dave Wakeling formed General Public with his mate Roger. The band took off quickly, scoring numerous hits off the their three studio albums. Dave Wakeling has continued to keep The Beat alive and strong and continues to tour the world as The English Beat with an amazing all-star ska backing band playing all the hits of The Beat, General Public, and his new songs.