The Mid-Week Beat: The Glad Cafe 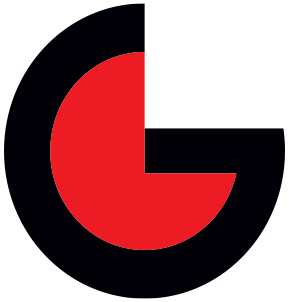 This week the Mid-Week Beat takes a look at the rather fine venue that is The Glad Cafe.

Located in the south side of Glasgow, in the heart of Scotland’s most ethnically diverse community, The Glad Cafe provides a warm hub serving quality food throughout the day. Freshly prepared seasonal foods can be found during the day and a variety of sharing plates are available in the evening, and of course delicious home baking can be consumed at all times!

Once watered and fed there is much to keep you at The Glad Cafe; they also have a well equipped venue which has become home to all sorts of  music, be it indie, electronic, traditional, world etc. Their aim is simple, to provide a showcase space for up-and-coming musicians as well as being available for more established acts.

This is not just a stage for music however, The Glad Cafe has played host to exhibitions, films, poetry readings as well as comedy and storytelling. The venue has been set up with the correct considerations in mind and it is clear that the performers, sound engineers and of course, the viewer have been well catered for. So if you are looking for a venue with a capacity of 100 to hold intimate, fantastic looking and sounding shows, you should certainly consider contacting them here.

At Brown Paper Tickets we really value the sense of community that events bring and this is something that The Glad Cafe clearly recognises as well. As a social enterprise with the legal structure of a Community Interest Company they have a social purpose and goal to eventually plough profits into affordable music lessons for local people. Bravo to that!

Some of the events coming up at The Glad Cafe include:

Ryan Francesconi & Mirabai Peart will be playing on Tuesday the 14th May. In recent years, Portland’s Ryan Francesconi has established himself as a leading figure in acoustic composition and performance. Now, he prepares to return to European stages to perform with his partner, violinist Mirabai Peart, having released a new album on Bella Union in December, 2012. The album, Road To Palios, finds Ryan developing his collaborative work with Mirabai (whom Ryan met through their membership of the Joanna Newsom band). A set of spellbinding duets for guitar and violin, the album evidences a world of musical inspiration flowing through its minimal instrumental palette, spanning Baroque, Americana and jazz improvisation but centring on the pair’s main obsession: Balkan folk music, mainly from Greece, Bulgaria and Turkey. You can grab you ticket here

Ken Stringfellow will be taking to the stage on Friday June 21st. Ken is best known for his work with the Posies, R.E.M and the re-formed Big Star but has also released four accomplished albums under his own name. Come and check him out at this intimate show and hear songs from his latest release Danzig in the Moonlight. Tickets are now on sale.

Nancy Elizabeth will be appearing on Tuesday 25th June. A deep well of emotion and atmosphere is conjured up by Nancy Elizabeth in her mesmeric songs, all cut through with her warm, natural northern English charm.  The piano-led second album Wrought Iron on Leaf Label received great reviews, winning over fans of all persuasions. She has that sense of mystery combined with a undisguised love of melody, mood and emotion that makes her a real treasure. However it is the carefully nuanced and songs of this Northern English multi-instrumentalist with a beautifully unadorned voice that makes her such a crowd pleasing performer. Tickets are available here.