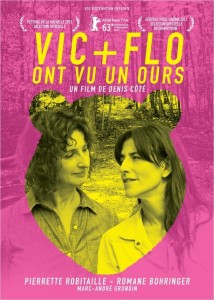 Winner of the 2013 Silver Bear (Alfred Bauer Prize) at the Berlin International Film Festival, Quebecois multi-hyphenate talent Denis Côté’s seventh feature tells the darkly mysterious tale of two lesbian ex-cons, Victoria and Florence, trying to make a new life in the backwoods of Quebec. Seeking peace and quiet, the couple slowly begin to feel under siege, as Vic’s probation office keeps unexpectedly popping up, and a strange woman in the neighborhood soon turns out to be an increasingly menacing shadow from Flo’s past. With its collection of complex and eccentric characters, unexpected plot twists and unsettling humor, Côté has created an original film that is traumatizing, uplifting and utterly breathtaking.

** WARNING! This trailer contains language that may be offensive to some viewers. Discretion is advised. ** 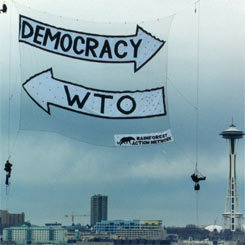 This special event features a talk by filmmaker Jill Freidberg (director of This is What Democracy Looks Like) as well as the top entries from a Remix Video Competition designed to revisit the seminal 1999 WTO demonstrations.

Using archival or “found” footage, work from participating filmmakers will explore a contemporary political issue through the lens of the “Battle of Seattle” and, in the process, contemplate this historical event’s uniqueness and legacy in political actions such as the Occupy movement and the Arab Spring. 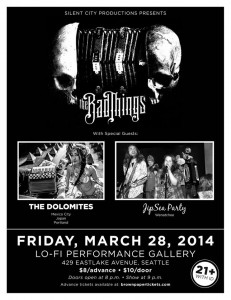 Friday, March 28 I The Bad Things, The Dolomites and Jipsea Party – Seattle, Washington

Opening the bill are Wenatchee’s “Slavic stomp grass” upstarts Jipsea Party, whose members bring together a slew of musical backgrounds in punk rock, delta blues, reggae, metal, blue-grass and even the London Youth Symphony! They create a sound that’s one part stomp, one part cabaret, another rock, polka, some sea swayin’ shanty and a whole lot of gypsy.

In the middle slot are the legendary Dolomites. Formed in 1998 and orginally hailing from Portland, The Dolomites have since been residing and making Roma-inspired noise in Tokyo, Mexico City, San Francisco, New York City and all points inbetween. Iancu has also been a touring member of Gogol Bordello and guest member in Balkan Beat Box, Reverend Glasseye, Gypsyliana, Mad Juana, and Yerba Buena.

Closing out the night are The Bad Things. Fresh from the 10th anniversary of their Halloween party Cabaret Macabare and an opening slot with X and The Blasters, The Bad Things are going to grace the Lo-Fi stage for the first time with their unique blend of Americana, Eastern European melodies, kitchen-sink pop, sea shanties and folk punk. Their 5th record is slated for release this spring and summer so expect to hear new Bad Things tunes alongside old drink-along classics!

Friday, March 28 I  US Premiere of Pro Wrestlers vs. Zombies – Parkersburg, West Virginia

Pro Wrestlers Vs. Zombies is exactly as it sounds — sports entertainment icons and local ring talent using their signature fighting styles, athleticism and anything they can get their hands on to fend off the undead.

An abandoned prison is the battlefield as a troupe of professional wrestlers are booked for a private show, only to be faced with the undead. Unfortunately for the zombie nation, they aren’t just facing any group of professional wrestlers, they are facing living legends like WWE Hall of Famer “Rowdy” Roddy Piper, Matt Hardy, “Hacksaw” Jim Duggan, former ECW World champions “The Franchise” Shane Douglas and even Olympic medalist turned WWE and TNA World champion Kurt Angle!

Other wrestlers in the cast are Ryan “The Steel City Prodigy” Mitchell, Shane Taylor, Ryan Edmonds and Facade. Taya Parker, Penthouse Pet of the Year in 2009, and Reb Sky, Howard Stern’s Woman of the Year and Shannon Hart are in the cast, as is a guy with a mustache you have to see to believe.

The main villain in the film is played by Renegade Wrestling Alliance legend and former McKeesport-based Pro Wrestling eXpress superstar Ashton Amherst. He calls upon dark forces to exact revenge on “The Franchise” Shane Douglas for killing his brother during a wrestling match. He leads an ever-growing zombie horde against Douglas, his family, and the cast of professional wrestlers.

What happens when the guts and glory of professional wrestling’s finest are squared off against an army of darkness seeking to rip them to shreds?  Blood and dropkicks! 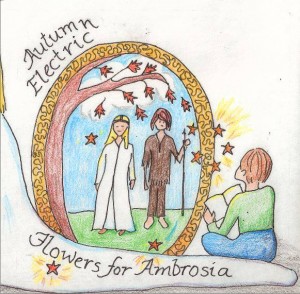 Autumn Electric released their debut album Very Soon the Light in December of 2008, a first glimpse inside the powerful songwriting capabilities of Michael Trew, lead singer and songwriter. Expressive melodies and beautiful guitar mixed with tasteful piano phrases run through every song, with a few light-hearted tracks mixed in. Overall, the indie-folk style of Very Soon the Light lulls you into a thoughtful, love-filled place of soul searching.

Catapulting Autumn Electric into the progressive rock genre, Flowers for Ambrosia Autumn Electric’s latest release delivers a masterpiece of deeply emotional storytelling. The songs fit together like a perfect puzzle of a rollercoaster ride, transporting you from dark guitar riffs and images to a rolling, beat-driven boat ride to a short, bouncy visit in the woods. Flowers for Ambrosia ends with a 20-minute epic, capturing you from the very start with joyous, penitent, and enticing moments, culminating in a fast-paced triumphant declaration of their undeniable skill.