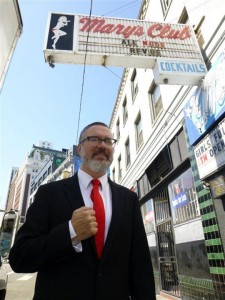 As a nexus for labor and shipping in the Pacific Northwest, Portland often had the repute of a rugged, rough and tumble town, more than willing to allow the miners, loggers, and fishermen an opportunity to part with their hard earned cash in whatever debaucherous manner they chose. In addition to the shanghaiers and con men, always on the prowl, saloons, gambling halls and bordellos also thrived in “Whitechapel,” “The North End,” or Old Town, as we know it today. Some of these storied establishments have come and gone, but others have survived, and many say that Portland, or “Strip City,” still has that vulgar and rugged reputation to this day.

Join Historian Doug Kenck-Crispin as he visits locations of famous saloons, bars and bordellos, card rooms and gambling dens, some of which are still in operation today! The tour will meet at Thirsty Lion Pub (71 SW 2nd Ave.). Feel free to stop by early for a pint and grub! Walk-ups are always welcome! The tour will “end” outside of Mary’s Club, one of Portland’s most hallowed strip clubs*. At the conclusion of the tour, you can join Doug inside for an adult beverage!

*This tour is best suited for those 21+

Friday, March 21 I The Land Beyond the Rainbow – Seattle, Washington 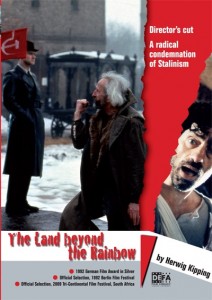 In this new director’s cut, renegade East German filmmaker Herwig Kipping set out to explore the roots of the socialist society that he grew up in. Consciousness about pressing social-political issues of GDR life, in his opinion, would not be raised through didactic socialist realist films, but by re-introducing the poetic element into film.

Kipping calls his approach “magical idealism,” emphasizing the need to elevate visuals, metaphorical elements and poetic language over conventional narrative structures and language. Only after the collapse of the GDR regime was Kipping able to realize his script for The Land Beyond the Rainbow, which takes place in the fictional town of Stalina in 1953, and depicts a place that lies “beyond the rainbow.”

Presented by People Dancing, Suite Pairings 2014 returns after it’s premier in 2012 due to popular demand. Hosted by the Stone Chalet. This concert takes place in a unique B & B and will blow your socks off!

People Dancing has been lauded in the press as presenting a “dazzling display of the human form in motion” (Heritage papers) and as possessing a “satisfying physicality.” (Murray Louis). The dancers have been noted to grace the stage with “ethereal beauty”(Ann Arbor News) and to embody works that have an “offbeat, quirky theatricality,” (New York Times) “Intriguing… Stunning…” declared critic Stephanie Reike, while the Baltimore Sun Arts Special writer states that the dancers are: “uncompromisingly assertive” and “Athletic and evocative!” 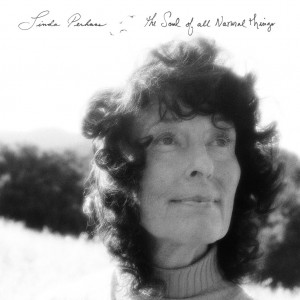 Linda Perhacs’ Parallelogram is the stuff of legend. Released quietly in 1970, the LP remained for years that rare example of a recording career consisting of a lone, largely forgotten, masterpiece of an album. Rediscovered, re-released and recognized years later, it inspired a new generation of musicians with its pure, guileless vocals, mystical lyrics, and visionary production.

But now, the Linda Perhacs story is finally entering its its second chapter, as the admiration of fans ranging from Devendra Banhart to Daft Punk has persuaded her to follow up her classic debut with a new release on Asthmatic Kitty Records. With her sophomore album, The Soul of All Natural Things, Perhacs is picking up where she left off.

It helps that her first record’s precocious lyrics and prescient sonics made that album sound as if it could have been released yesterday but Perhacs’ voice remains so ageless, and her message so timeless, that her sophomore effort sounds almost as if it could have come out four decades ago. Whatever the case, it’s like she never went away.

On The Soul of All Natural Things, producers Fernando Perdomo and Chris Price have captured the spirit of that first album’s dreamy Canyon ambience, without favoring easy nostalgia over a direct and modern approach to the material. Fellow Perhacs devotees Ramona Gonzalez (Nite Jewel) and Julia Holter contribute their own talents to the CD, which will be also available for preorder in a hand-numbered limited edition on white vinyl, for an anticipated release tomorrow, March 4, 2014. 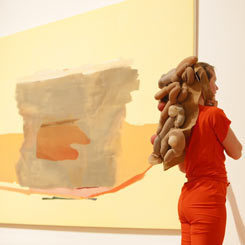 Live at the Film Forum. A new work by Salt Horse. A world premiere live performance

Images and scenarios arise and dissolve, a large eye of light soars above the horizon, a man emerges fully and then disappears in plain sight, and a blackened corner harbors a hovering body. The piece begins in an installation of site-specific performances throughout the Forum, and then collects into the theater, where these images merge and abstract through the amplification of design, color, physicality and sonic texturing.