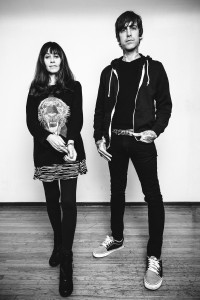 “There’s never been any shortage of music in the Adrienne Pierce–Ari Shine household: Vancouver native Pierce has released four-albums-plus of retro-mini epics known to fans of TV’s Grey’s Anatomy, Veronica Mars and beyond; Shine’s songwriting chops have shone on his solo releases (including last year’s Songs of Solomon) and his work as a composer. The husband-and-wife duo have collaborated before, but not under a band moniker until now, when the sometimes-L.A.-based couple decided to make music (and puns) as the Royal Oui. Their first 7-inch, “When You Lose Your Mind” (b/w “Actual Size”), displays not only their quirky sensibilities but their admirable restraint. And that opening lyric is a keeper.”  – Kevin Bronson Buzzbands.LA

Friday, December 13 I A Tribute to Harry Smith’s Anthology of American Folk Music 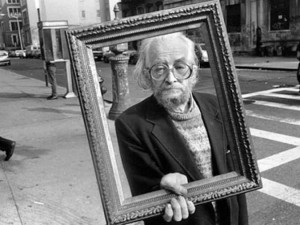 The Anthology of American Folk Music is a six-album compilation released in 1952 by Folkways Records, comprising eighty-four American folk, blues and country music recordings that were originally issued from 1927 to 1932.

Experimental filmmaker Harry Smith compiled the music from his personal collection of 78 rpm records. The album is famous due to its role as a touchstone for the American folk music revival in the 1950s and 1960s.

Special bonus!!!! The one, the only Kook Teflon Imagesdollszines will have her Jump Sturdy Shop going! And Bunnycult will be on hand vending as well! So you can get some holiday shopping while avoiding the crowds, supporting an amazing artist, AND seeing an awesome show! 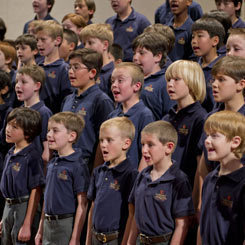 Northwest Film Forum’s annual Holiday High Notes concert is the perfect way to celebrate the the holiday season, with equal parts nostalgia and bright anticipation for the future. Join them as they welcome the renowned Northwest Boychoir, Apprentices to the cinema to sing in joyful accompaniment to a new collection of vintage and classic holiday film footage. The choir’s seasonal repertoire and angelic voices are the the perfect soundtrack to a cinematic wonderland of silent film Santas, animated elves and giddy children from days gone by.

The Northwest Boychoir Apprentices are young singers who are members of the training program that prepares choristers for advancement into the highly acclaimed Northwest Boychoir. This choir of boys ages 7 – 11 maintains an active performance schedule, as well as twice-weekly rehearsals as part of their musical training. For nearly 40 years, the Northwest Boychoir’s musical sophistication has earned its reputation as one of the nation’s premier choir programs.

This event is hosted by international bellydance and festival producer Madame Onça, the Hardest Working Woman in Show Business. Washington, DC, has enjoyed seven years of the grassroots Tribal Cafe concept, and now it is Richmond’s turn.