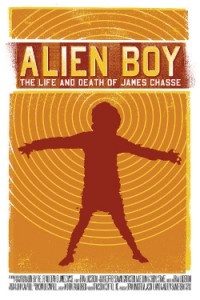 Early in its musical history, the Portland punk scene saw the emergence of a magazine, the Oregon Organizm, written and edited by an influential band member of the time, James Chasse. With a close friend performing as lead singer of The Wipers, an influential punk band that made an impact on groups like Nirvana, James became a well-known member of his society.

In 2006, tragedy struck, when James died during a highly controversial arrest by Portland police in downtown. Following the case, many people looked into the history of James Chasse, from his early punk years to his mental illness and the effects it had on the musician and his community.

This documentary follows his musical rise, decline and tribulations, along with a modern perspective on a police case increasingly relevant today.

Saturday, March 15 I Lesbian, Sandrider, and Lords of the North – Seattle, Washington

The band’s 2007 debut album, Power Hor, was released on Holy Mountain Records with a sticker on the cover describing it as “The New Wave of American Psychedelic Metal.” In 2008, Roadburn Records released a split 10″ with Ocean on one side and Lesbian on the other, to coincide with Lesbian’s appearance at the Roadburn Festival in Tilburg that year. Important Records released the band’s second full-length album, Stratospheria Cubensis, in October 2010, which the band describes on the label’s website simply as “mushrooms in the sky with diamonds.” The band has also been known to perform and release improvised works under the name Fungal Abyss.

Back by popular demand Stripped Screw Burlesque is bringing their full-length Disney After Dark show to Columbia City Theater for SIX  nights in 2014.

Follow the latest and greatest fairy-tale princess as she traverses her way through the magical Disney After Dark dreamscape on her path to find true love. Guided by the Blue Fairy amidst depraved princes, mischievous maidens and sinfully wicked witches, she’ll be lucky to come out the other side of this rabbit hole. Featuring crowd favorites as well as new acts from Seattle’s dangerous dames and their special friends, this year’s show schedule has a whole new cast of characters ready to knock your charmed stockings off!

Before setting to work on his latest album, Mason Jennings was looking for a new approach to writing. At the advice of a friend, the Minnesota-based singer/songwriter/multi-instrumentalist holed up in the back room of his wood-nestled cabin studio with just a guitar, electric piano, bookshelf, notebook, tape recorder, and one 90-minute cassette, then wrote all winter long. Emerging with the notebook and tape full of about 30 new songs, Jennings decided to skip his standard approach of self-recording and called on producer Bo Ramsey (Greg Brown, The Pines, Iris DeMent), as well as a wish-list-plucked lineup of guest musicians that includes DeMent and Neil Young drummer Chad Cromwell. The result of those “dream collaborations” and his own hard-won inspiration, Always Been proves to be Jennings’s most radiant and refined effort of his career.

“Staying open to the feeling of awe, the feeling of being moved by things, that’s the most important part of songwriting for me,” says Jennings. “When I’m able to stay in a childlike state that’s more about the heart than the head, that’s when the songs really come in.” 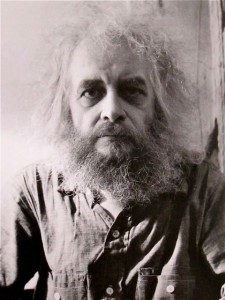 He collected paper airplanes, Seminole textiles and Ukrainian Easter eggs. He recorded Allen Ginsberg, The Fugs and the peyote songs of the Kiowa Indians. He was “shaman in residence” at Naropa Institute and the world’s leading authority on string figures. And this was only the tip of the dazzling intellectual iceberg that was Harry Smith (1923 – 1991) painter, filmmaker, musicologist, anthropologist, linguist, translator, collector, occultist and eccentric genius of the 20th-century underground.

This program is dedicated to the early films of Harry Smith, the pioneering American filmmaker and ethno-musicologist born and raised in the Pacific Northwest. Smith’s early film experiments, known as the Early Abstractions, drew on his passion for American folk art and music, from indigenous song rituals and textiles, to syncopated jazz beats and Yiddish prayer. In these diverse cultural forms, Smith discovered different ways that bodily rhythms were animated and channeled through audiovisual forms.

Smith described his own experiments with hand-painting film as a meditative practice that transmuted the body’s vitality into moving images. The films in this program explore Smith’s legacy in abstract animation, putting his work in conversation with some of his contemporaries and current film artists, who also explore the rhythmic and somatic dimensions of animated movement.