Charity of the Month: The Beatitude House 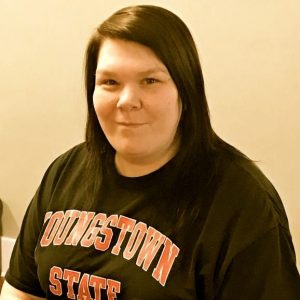 Each month, Brown Paper Tickets donates 5% of profits to a charity submitted through our charity donation page. See our previous donation recipients.

Ursuline Sister Margaret Scheetz was so inspired by the film God Bless the Child that she opened the Beatitude House. The film tells the tale of a mother and daughter caught in poverty and homelessness. The mother is forced to face a tough decision to give up her daughter so that she can have a better life.

The nonprofit and nondenominational organization understands that a healthy family is essential for the community. The Beatitude House provides an array of programs to improve people’s lives. Primarily, educational opportunities and homes while the mother obtains an education and works towards employment.

To be eligible, the recipient must be considered homeless according to HUD. Additionally, The Beatitude House offers programs of “Fostering Better Families” where mothers are taught how to interact in a constructive, nurturing way with their children through activities.

Words from a Beatitude House Graduate

“Beatitude House is an amazing program,” said Ludwick. At the age of fifteen Ludwick found herself with little self-value and on a road of poor decision-making. Three years later, she met a man who claimed he loved her. “I believed him through five years of alcoholism and emotional abuse until he finally left me alone with our two young boys and no ability to make it financially.”

In the process of being evicted from her house, Ludwick, thought she and her children were on their way to a homeless shelter, but a social worker from Help Me Grow intervened and told Ludwick about Beatitude House. “Walking into our furnished apartment, I was overwhelmed by the welcome I felt and seeing the stuffed animals on the bed that was made-up for my children,” she said.

Ludwick began meeting with a caseworker who taught her financial literacy, as well as a child advocate. “These experiences showed me that I was capable of more than mediocrity,” she added.

Gaining self-value and a wealth of life skills from Beatitude House, she decided to go back to college. “I see how I’ve grown as a person since that time, and I’ve decided not to settle for anything less,” she said. Ludwick is pursuing a degree in social work so she can help others make a better life. “I see gifts in other people that they don’t see, and I want to show them how to use those gifts to help themselves,” she added.

Ludwick hopes to graduate with a B.A. in Social Work in 2019.