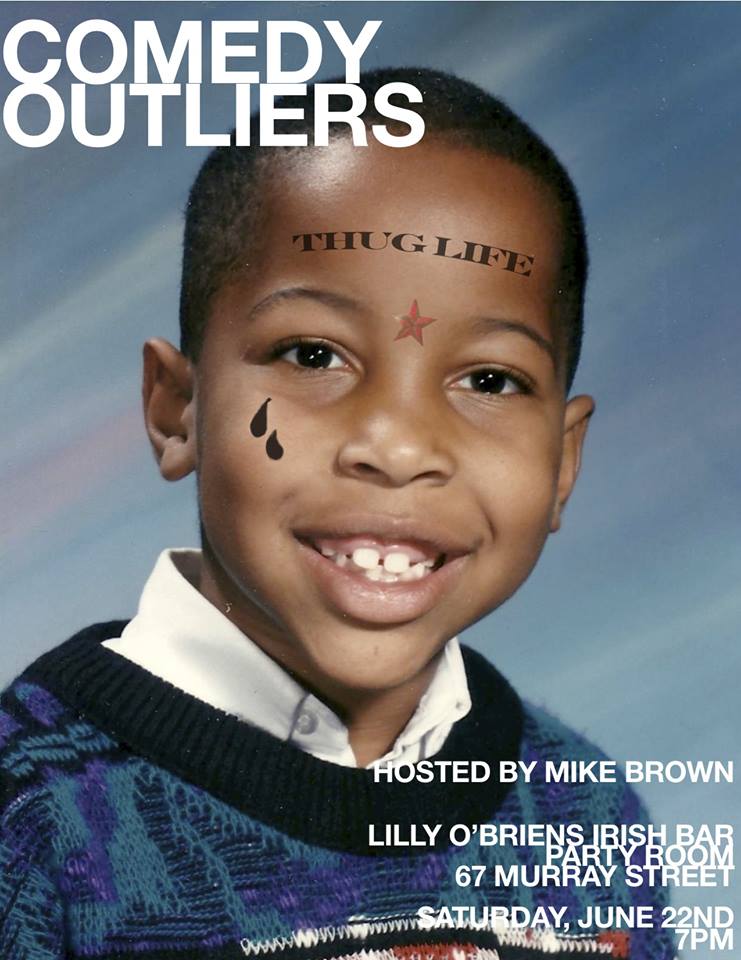 We were recently hired to produce a private comedy show for a private organization that had an active membership of over one hundred people. The representatives who hired us had been to our “Comedy Outliers” show multiple times and were hoping we could bring the same fun, high grade comedy to a private fundraising event they were having for their group. We were very excited by this opportunity and worked very hard to book a venue that could comfortably accommodate their group size and talent that was catered to their preferences. All in all, we were thinking that it would be exactly like a standard “Outliers” show, which we hold in the highest regard.

When you produce shows, especially consistent ones, you learn that each one is different in their own way. Some are more enjoyable, rewarding and easier to execute than others. You try your best to learn from your mistakes or missteps and in the end that is what helps you build a strong reputation and brand. Every show is its own learning experience and in the case of this private event, we learned about control: controlling your environment, controlling the audience that you may not have been expecting, and controlling the communication between a venue and its staff. Despite the event’s success, we weren’t in control of all aspects of the show, which was being promoted under the “Comedy Outliers” name. Absolute control is not possible in most instances but we realized that we have developed a strong brand with “Comedy Outliers” and needed to be willing to take on all the responsibility that comes with that.

In hindsight, we were way too comfortable passing over a large part of responsibility over to the event organizers. Working for another organization limited our full amount of control over how the event was presented to the general public. Our clients were very satisfied with the event and its overall execution but at the end of the day we felt it wasn’t up to the usual “Comedy Outliers” standard. We attempted to have an “Outliers” show but because we weren’t building it from the bottom up like we usually do, in the end it wasn’t our usual show. This raised a lot of questions for ourselves in regards to determining how much control to allocate to the clients who hired us while also making sure we are living up to our idea of what makes a great comedy show. In this profession, you must be open to learning new things and adapting accordingly. “Comedy Outliers” has become a brand in the NY stand-up comedy world and that brand, which is highly regarded by our audiences and the talent we booked, is what has led to opportunities like producing this private event and led to potential similar opportunities with other organizations and corporations.

In the film, “American Gangster” the main character Frank Lucas discusses his full commitment to his brand: “Blue Magic, that’s a brand name like Pepsi. That’s a brand name. I stand behind it…I guarantee it.” Granted, we definitely aren’t condoning the business that character was in nor are we comparing our comedy show to Pepsi but we stand behind this belief. If you are producing any kind of product, you have to be willing to stand with it whether you’re charging people or not. Even though we put on a free comedy show, we still make sure that it is a great time for both the audience and the talent performing. Why? Because you can’t have a brand if no one is interested and you don’t love what you are doing.