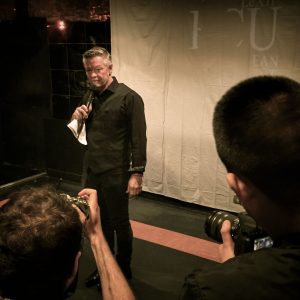 The 12th European Independent Film Festival (ECU) will take place in Paris on April 21, 22 and 23.

Searching for untold stories and fresh perspectives? Look no further. From April 21 until April 23, the Cinema Les 7 Parnassiens in Paris will host the 12th edition of ECU.

Highlights include 73 films from 28 countries, 3 workshops with industry professionals and for the first time this year, a roundtable of female directors (28 were selected to be part of this year’s festival). The European Independent Film Festival has made a name for itself and has become a reference for indie filmmakers throughout the world.

We met with Scott Hillier, founder and president of ECU to ask a few questions about the festival, along with lessons learned over the years and the current state of independent film.

2017 marks your 12th edition. What have you learned over the years?

S.H.: There are still great stories being told and it is so much easier now to make films with the technology and everything at people’s hands. But no matter how many brand-new cameras or brand-new lenses or this or that, it still takes a good story to make a good film. Also over the last 12 years, the digitalization has made our jobs so much easier. We can reach so many people nowadays. 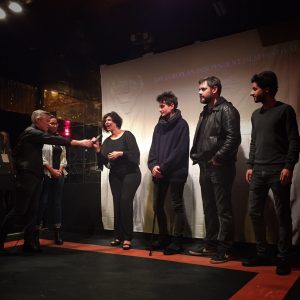 What advice would you have for independent filmmakers?

S.H.: Find a great story, pick up a camera and go out and shoot. Right now, I just try to make as many things as I possibly can, just to keep developing my skill. The advice is: you are just going to make stuff. Don’t get caught up on: this is going to take this long, because you get known by your body of work rather than just one film.

S.H. : I launched it for many reasons. One of them was that I had been told:
“Independent films are rubbish: bad lightning and bad acting.” I said: “No, I am a professional filmmaker and I make independent films.” There are a lot of people out there like me who are making films and who can’t get a voice. So they really need a film festival like this. The festival started with a lot of drive and determination. In hindsight, there was never any big global plan, except to just keep going, because we believe that’s right and that’s good. Being very honest and keeping it very simple. People coming back and submitting their films is the whole reason. I hate going to film festivals where you get closeted off and you can’t meet the filmmakers. You never see an actor or an actress and it’s all glitz and glamor. It’s great but it’s got nothing to do with making good stories. At ECU, there’s no read carpet or limousine. But you walk out and you can talk to the directors, editors, cameramen and I believe this is a true, creative film experience.

Will you be in Paris this spring? Find tickets and passes.