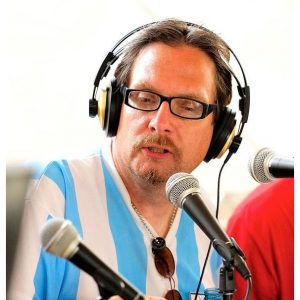 Last month, I posted insights from my first week in Argentina’s derby community.

During my near 12 years in derby, I’ve documented, well … almost nothing of my whereabouts. Friend and New York Shock Exchange (NYSE) skater, Harm’s Way made me aware that I have “derbied” on four continents. Argentina felt different than other places I have traveled.

Roller derby may play by the same rules, but the experience is different. The subculture in Argentina is similar as that in the States, but more tightly knit and energy filled—reminiscent of the first five years in the U.S. That DIY spirit remains high. Argentina, as I expected, was electric.

I didn’t anticipate that Argentina’s social culture would parallel the derby subculture.

Argentinians are about family, friends, community and spending time to relax and enjoy each other. When sitting down to dinner, which is shared by all guests (you literally cut pieces of food and give them to the person next to you), who got stir crazy after two hours at the table? Yep, the U.S. crew. As friend Sin Diesel put it, “Fellas, you are now on Argentina time.” We talked, laughed and (Billy Joel reference) “forgot about life for a while.”

My greatest regret was not experiencing a neighborhood social club. Family, friends and neighbors gather to eat, enjoy the pool and relax at the clubs. They’re common in neighborhoods outside of the bustling city center. Many of the NYSE skaters had the experience and it sounded terrific. Of course, in 100-degree weather, a pool, cold drinks and good company always sounds terrific.

Argentinians aren’t joking when they invite you to stay at their homes. I was stunned to learn that the gentleman who put the SEVEN of us in his apartment wasn’t even a derby participant—his connection to the sport was a derby official in Buenos Aires. He opened his place in Cordoba to our motley crew of snoring, stinking-from-the-heat skaters and myself.

While in Cordoba, to express their appreciation for NYSE and support staff, they threw us a party. When invited to an Argentine dinner, eat a snack first. Chances are you will drink, share stories and laugh for three hours before the food comes out. Again, Argentina time. R-E-L-A-X. It’s hard for Americans, especially once we’re hangry. On a beautiful evening, our hosts worked magic over an open pit to make the best beef I have ever tasted.

Argentinians share everything. They don’t crack open a twelver and hand out bottles. They’re more likely to mix Fernet and Coke, the local favorite into a large container and pass it around. After a while, you drop the germ-phobic tendencies and realize the group shares all food and drink. It’s an amazing tradition. Oh how the conversation changes dynamics when the beer is passed around, in one large cup as you chat.

No Pressure. No Politics. A Fun Night of Good Derby.
A few days in Cordoba passed and it was back to Buenos Aires. Everything on the trip at this point was amazing. Yet, the best experience was still to come. I was invited to two “tournament games” at a schoolyard. Seriously, who would miss that? The entire local derby community turns out and in Buenos Aires, that’s a lot of people.

Every other Monday night in summer, the community comes together to play and watch games—a simple concept with overwhelming results. For five weeks, two weekly games are played: one women’s, one co-ed. The teams comprise a mix of players from all teams in the city. You have five weeks of play; it’s round robin and one team has a bi each week.

With a track painted on a school playground, it is simply understood by street soccer players they will relinquish the area to derby at 8PM. Between 200 and 300 of the derby family arrives, tables get set up where they are mixing and selling drinks and desserts. As skaters prepare, people socialize, a scoreboard with flip numbers is set up on a soccer goal and managed by two women. By the time it starts, we’re playing under school ground lights.

Games end, people linger for hours to talk, go to grab some food, return to the playground and hang out into the early hours of the morning. Think about how easy this would be to do. How it would bond the local derby community and provide exposure to onlookers. Not to mention, give an outlet for skating during off-season.

No pressure, no politics. Just a fun night of good derby.

Everyone can take something from this story. Argentine roller derby complements the passionate culture. It accentuates all that is good about our sport – the camaraderie, our grassroots, and the fun we could have without the formality of a full game production. So many forget to enjoy the moment and each other. “Argentina time” takes some getting used to, but is greatly missed once back to the hustle and formality of everyday life in America.