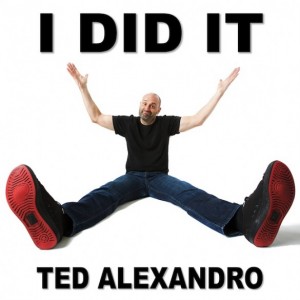 The title of Ted Alexandro’s new special derives from his proud declaration that he is “44, single, never married, no kids. I did it!” It serves as both a memorable joke and a fantastic setup for the beginning of his new special, filmed last August at The Creek and the Cave comedy club in Long Island City, Queens.