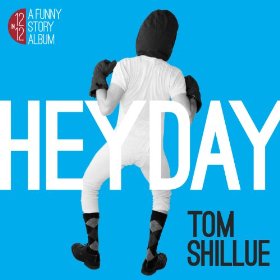 For the past ten months, Tom Shillue has been on a comedy marathon, releasing one new album every month, each with its own theme. With Heyday, he is nearly to the finish line of what has so far been a successful experiment. He has done a remarkable job putting out consistently funny work, producing this series of Moth-like personal stories.