Have you ever had a night that was so amazing you just wanted to live it over and over, again and again? That was my night at the West Coast Cheesemonger Invitational.

The Cheesemonger Invitational is a competition to see which cheesemonger is the best at their craft. The invitation went out to all mongers to compete and 35 mongers answered the call. Selling cheese requires more than just liking cheese and this is what this competition is all about.

For those competing, the event started at 9am and, for the top ten, went until late in the evening. Their day started with a written exam followed by a blind tasting, salesmanship contest, cutting competition and finished with the creation of their perfect bite of cheese. That is when the public came in. At 5pm the doors of Public Works in the Mission District opened and allowed cheese-lovers in.

I never thought I would say that it was almost difficult to eat 35 bites of cheese, each was better than the first and I always wanted to go back for more. Luckily my cheese needs were met by an amazing fondue bar and grilled cheese stand along with samplings that were available from some of the amazing cheesemakers and suppliers who attended the event. END_OF_DOCUMENT_TOKEN_TO_BE_REPLACED

Hey there music fans! Welcome to another Mid-Week Beat.

I was perusing our music listings this week and was blown away by all the great shows we got coming up around the country this weekend. As a result, I thought it’d be wise to feature a little smattering of some of them.

The majority of these are celebrated singer/songwriters and that’s appropriate since today just happens to be some pretty legendary songwriters’ birthdays, namely John Lennon, who would have been 73 today and, strangely enough, his son Sean Lennon, who turns 38 today. Also, John Entwistle, songwriter and bass player for The Who would have been 69, PJ Harvey turns 44, Al Jourgensen of Ministry is 55 today, James Fearnley of The Pogues turns 59, Jackson Browne turns 65 and though not technically a songwriter, legendary 1960s French-pop singer France Gall turns 66 today.

So, in celebration of great songwriters and great music, check out these upcoming events:

Come enjoy an evening of Northwest music curated by legendary Seattle DJ, Marco Collins. Marco was a DJ for 107.7FM “The End” (KNDD) radio station here in Seattle during the grunge explosion of the early 90s and is responsible for catapulting the careers of many of the bands from that era. He is considered by many to be the last great commercial DJ and is a member of the Rock and Roll Hall of Fame. Attendees will get an exclusive sneak peak of The Glamour & The Squalor, a documentary film about Marco. This will be the only opportunity to preview scenes from the film before it premieres in 2014.

END_OF_DOCUMENT_TOKEN_TO_BE_REPLACED

Holiday Concerts Even Humbugs Will Love! 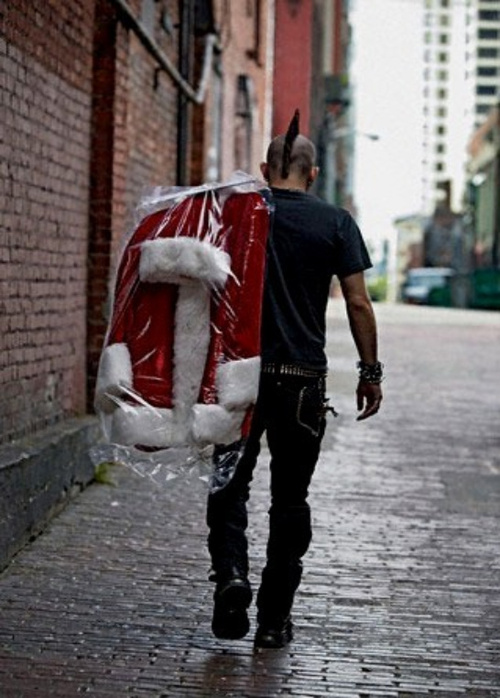 Love music? Got family in town? Holiday concerts are happening all over the country this week and we got tickets for quite a few of them, regardless of your musical tastes.

Hate holiday music? No problem! We got something for you. How about a Winter solstice celebration featuring dubstep and witch house; or what about some klezmer brass, some Christmas polka or perhaps rappers in ugly holiday sweaters?

Love holiday music? We got everything from classical holiday concerts to jazz inspired renditions of holiday classics to the world famous Harlem Gospel Choir.

Here’s my favorite little holiday ditty courtesy of Miss Brenda Lee to get you in the festive spirit. What’s your favorite holiday tune? END_OF_DOCUMENT_TOKEN_TO_BE_REPLACED