New Online Events to Attend from Your Living Room 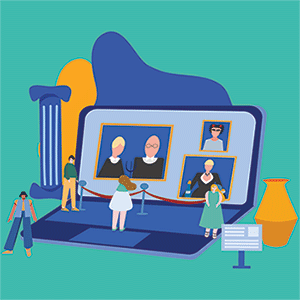 Did you hear that creaking sound? It’s the sound of people peeking out of their doors; curious about what might be going on outside! Or maybe they were just picking up their grocery delivery… Depending on where you live right now, life may be showing some signs of normalcy again. Or maybe it’s still not the right time for you to venture out just yet.

Fortunately, these in-between days are also modern ones; and that means distance is no longer a barrier to enjoying the arts. Stay in your pajamas, keep your brain engaged and entertained, and help support the people and organizations dedicated to bringing us a ray of light in these uncertain times.

Here are just a few of our favorite unique online experiences that are happening in the coming weeks.

You can do it. You CAN make a fool out of yourself in front of an audience. We believe in you. And if you attend this workshop presented by Chicago’s Lincoln Lodge, you might just bring joy to others in the process.

Please UNtranslate Me by Monique Holt Presented by IRT Theater

Written and directed by Monique Holt, this performance brings us an uncompromising exploration of American Sign Language and Deaf culture. A pay-what-you-can pricing structure means no one will be left out. Presented in ASL with English subtitles, and followed by a Q & A session.

Guitar for Adults: Intro to Chords and Songs

What better time to start on the path toward rock stardom? Or folk stardom. Or fulfill your destiny of becoming a novelty polka songwriter. The choice is yours in this series that will give you the tools to begin your career as whichever kind of guitar legend you want to be.

It’s never too early to get started on the path to Broadway! Designed for ages 12-18, this 3 week workshop teaches the basics of musical theater songwriting. Sign up for one or all of the weeks, and get ready to share your teen’s melodious dream with the world.

With just a brush and an idea, you too can create delicate, beautiful images to brighten your home and amaze your friends. Have your watercolor art supplies ready as Howard Krauss from the Oxford Art Center teaches this hands-on course.

These events are just the tip of the iceberg! Discover more online events and experiences here. 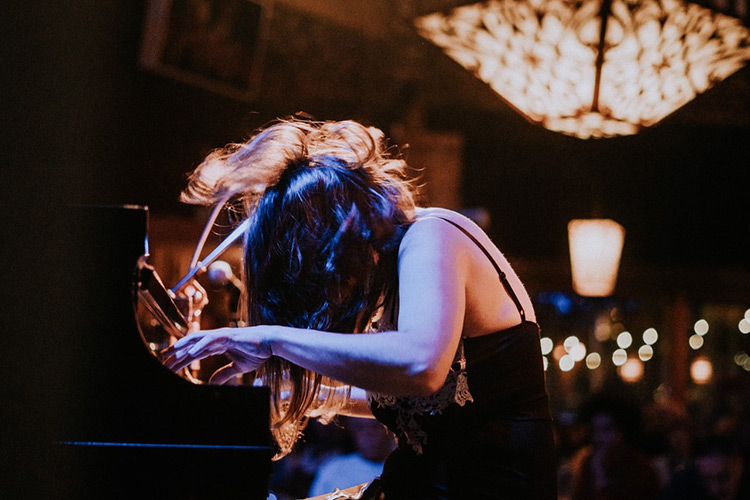 Marina Albero is a freelance jazz musician originally from Barcelona, now based in Seattle. She teaches music and performs in various local and national groups, including her own band. She now runs The Quarantine Sessions, a live streaming music experiment. Prior to starting The Quarantine Sessions, Marina used Brown Paper Tickets to sell admission to intimate house shows.

In early March 2020, when the COVID-19 pandemic began to escalate in Europe and then in Seattle, Marina watched as her upcoming shows were canceled and postponed one by one. March shows became July shows, and her immediate income dried up. Not only did these cancellations represent a loss of livelihood, but also a loss of community.  She knew that the longer this went on, the harder it would be for artists everywhere to bounce back.

The Quarantine Sessions were born from what Marina calls a “survival instinct.” The premise was simple: bring live music experiences to quarantined viewers, while supporting local artists and their communities.

Marina’s first task was to find a venue. While she could live stream from her living room and had done so before, she wanted this experience to be special. She connected with a local studio, The House of Breaking Glass, who agreed to host the performance, allowing Marina to produce a show with top quality audio. “[You can host] a live stream in a house with technology that you have, versus a live online concert with a higher production value,” she says. “For me that is a beautiful difference.”

Her second task was to figure out how to host the event online. Marina wanted the show to be open to everyone, so she decided on a free Facebook live stream with pre-sales and a virtual “tip jar” through Brown Paper Tickets. It was important to her that the performance feel like a concert, not a fundraiser. Listing her event with Brown Paper Tickets provided her with a main landing page for the event that she could use to promote, generate sales, and preserve a familiar event experience for attendees.

I thought that Brown Paper Tickets was my best option. Anybody else who is doing a live stream has the same idea… you have your PayPal, you have your Venmo. But I like the idea of selling tickets to an actual concert.

On the evening of the show, Marina and her band played an enthusiastic jazz set at the studio and streamed it on Facebook, Instagram, and Twitter Live. Throughout the event, viewers were able to contribute to a virtual tip jar through the Brown Paper Tickets event page.

The first Quarantine Session proved that if you make it, people will come. Fans watched, commented, and made contributions from homes across the world.

The Quarantine Sessions have grown into a weekly Sunday series showcasing local talent out of The House of Breaking Glass. Marina has also received mention in the New York Times.