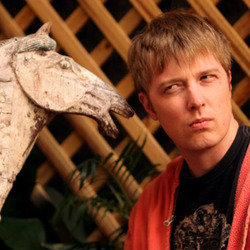 There are comedy festivals, and there is the Edinburgh Festival Fringe. Just ask Shane Mauss, whose self-spoken intro welcomed his small but amiable audience to “the finest comedy room in a car park in all of the Fringe! He’s been on Conan a bunch of times, Jimmy Kimmel and lots of other American shows you’ve never heard of and don’t care about…”