HR Secrets to Keeping Derby Drama Out of Bouts 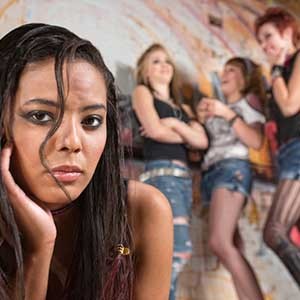 Drama is too prominent in the derby experience. It lurks at all levels and, too often the f-word expletive replaces the other (and most important) f-word—fun.

Derby allows individuals to express themselves within a group driven by shared goals. That’s an eloquent way to say the individualism is celebrated and yet, affects interpretation of the group goals.

As you can probably tell by now, my passion for this sport is strong. I spent seven years helping to unify and improve announcing (with the help of peers) and currently help leagues plan events and improve their business acumen. Passion, like individualism, can take your focus off overall goals. Find your role, avoid fighting the system over every little thing, and support group goals while accomplishing yours.

If I have a super power, it’s working with conflict. Most avoid it, but I’ve learned how to resolve it as a manager and human resources director. In general, conflict is healthy; without it, positive change would never occur. However, unresolved conflict spreads through your league, becoming destructive-with-a-capital-D drama.

•    Personality clashes between two or more people
•    The power play of one or more strong-willed, intimidating people, including leaders or founders
•    Differences in opinions that go unattended and eventually divide the league

Remember, the moment you sell tickets, your league is a business. Drama comes from poor structure, poor planning, lack of communication and/or not addressing conflict immediately. Ever been given the cold shoulder? Asked to leave without explanation? I have. I worked with team captains to coach a league’s perennially worst team (four seasons running) into the best team in the league, helping them win a championship. The third season? No call, email, no even telling me I was done. Eighty percent win record, no open conflict and I was dropped without an explanation. It hurt for a long time.

Take the “Personal” Out of Conflict

No one is wired to want to take on conflict. It doesn’t come naturally, not even to me. Assigning a human resources person to maintain a presence within the league, enforce policies and smooth out drama puts an end to conflict. How? It removes the personal. Drama rears its head when things feel too personal.

Pre-planning is key, as nothing can be enforced properly without developing expectations. Often, implementing a plan is done in retrospect when the damage already occurred. What you need:

New skater and staff orientation: a practice where newbies are told realistic costs, expected time commitments and receive honest answers to their questions. Do not recruit someone without full disclosure; they will train for two months and leave.

One of a business’ greatest costs is employee turnover. It is the same with derby league member turnover. Training new people takes a lot of time and time is a drain on league resources. Keeping people long term allows focus on other goals and tasks.

A league handbook: Just like the first day on a new job, provide a handbook and necessary paperwork to new staff and skaters. The handbook should cover:

A League Code of Conduct: A description of how members should use the system if they feel they are being denied their rights as a member. This tells members what is not acceptable in the eyes of the league. Could include:

•    Unbecoming behavior
•    Representing the league in matters that don’t fit within your role as a league member. Examples: Committing the league to an event without consent of the BOD or proper committee.
•    Finding sponsorship opportunities and negotiating terms instead of facilitating communication with the right committee
•    A no-tolerance bullying policy
•    Inappropriate or vulgar behavior on the track
•    The penalty if it’s determined someone broke the code
•    A tear-away page to sign, date and turn in. This is proof they received all of the necessary information.

The examples above are not detailed. You need detail. If you leave your Code of Conduct or handbook without specific examples of infractions and ramifications, you’re not better off. Don’t interpret someone’s future as they’re standing and waiting for disciplinary decisions. For instance, what would constitute “unbecoming behavior?” It’s far too open for interpretation. 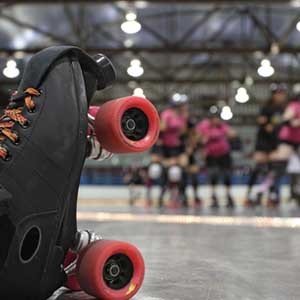 Transparency means every function is known to its members, projects are not hidden, detected personal agendas are squelched, the operations of the league remain open and honest. At many levels, derby does a terrible job at maintaining transparency.

Often people get wind of rumors that are never laid to rest or even answered dishonestly. Granted, a project just kicking off may not need explanation, unless it’s a sensitive topic. Yet once it’s in full swing, people should know. Others may even have contacts and expertise to help.

How Does This Keep the Derby Drama Out of Your Bouts?

If you address broken rules or clashes among people immediately and according to your code of conduct, there’s nothing to argue about. The personal side is removed and it’s more cut and dry. For example, if you have a three-strike rule, each strike must be addressed professionally and calmly. By the third, it’s no surprise that he/she will be asked to leave. I’ve fired people and shaken their hands because they weren’t mad at me; they knew it was coming. No hostility, no conflict.

Mediation is also important to stopping drama. A neutral party, often a staff member without connections to a skater or any teams, is assigned to conflict between peers. They help two parties work toward compromise and don’t take sides.

Keeping your BOD out of these decisions (though they should be informed) makes disciplinary processes less intimidating. The more people there are involved in a disciplinary action, the more defensive the accused becomes. Create a role that reports to the BOD whose job is to run the orientation, interview applicants and hand down repercussions of infractions.

Nobody is Above the Rules

A multi-tiered system of discipline will not work and different treatment for different levels of “employees” can be against the law. You cannot make exceptions for anyone. Not the best skater, best official, not even the league President. The fallout destroys the checks and balances you developed.

You’re better to let your best skater leave the league than accommodate them. If they stay, you not only undermine your personal rules, but the malcontent created will tear the team or league apart.

Back in the day, I watched my best, hardest working employees leave for greener pastures because they were not happy. I found a morale boost made a positive difference in contribution. I’ve seen this in derby when a league acts by terminating a star player who felt they deserved special treatment. Once gone, the league adjusted, worked as a team and ended up better for it.

More on morale in my next piece. Comment below with your thoughts and conflict resolution techniques.