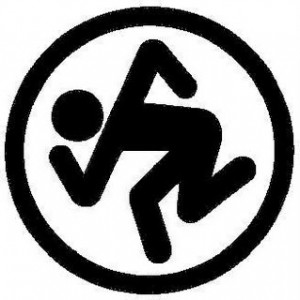 Last month, D.R.I.’s management had to cancel several tour dates, just a few days before the shows. Spike’s cancer treatments had caused an emergency hospital visit and further treatment. (See photos here.) Brown Paper Tickets’ 24 hour service team took the call from D.R.I.’s management, and communicated with all the ticket buyers for them, making the refunds. In a show of support, Brown Paper Tickets donated the full amount of all tickets refunded as a contribution to the fund for Spike’s medical bills. END_OF_DOCUMENT_TOKEN_TO_BE_REPLACED

While every independent musician struggles to get themselves heard and to gain respect, most have not faced the amount of resistance that Iraqi thrash metal band Acrassicauda have faced. How many bands have received death threats from Islamic militants or had their practice space and all their equipment destroyed by a bomb? How many have been forced to flee their homeland for fear of their lives or forced to ban headbanging at their gigs because of its similarities to the head movements of orthodox Jews? These are just a few of the hurdles that Acrassicauda have had to overcome in their ten year career.

Formed in Baghdad under the regime of Saddam Hussein, Acrassicauda are often credited as being the first heavy metal band from Iraq. The group received international attention when they became the subject of Vice Magazine‘s feature-length documentary “Heavy Metal in Baghdad” which follows the group from their hometown of Baghdad into Syria, where they were forced to flee due to increasing violence in Baghdad, and to Turkey where they fled after the Syrian government declined to extend their visas. The band was eventually, through the help of the good people at Vice Magazine, granted refugee status in the United States. END_OF_DOCUMENT_TOKEN_TO_BE_REPLACED