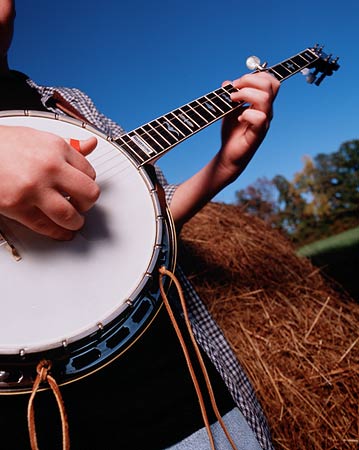 This week on the Mid-Week Beat we focus on bluegrass and three great bluegrass events that are coming up over the next week in California, Massachusetts and Rhode Island.

The title “bluegrass” was believed to be first applied to the folk music of the Appalachian region in the late 50s, supposedly derived from the name of the band The Bluegrass Boys, formed and led by the “father of bluegrass” Bill Monroe. The music is a mixture of the folk music of the Appalachian region, English and Scottish jigs and reels and the blues music played by the African-American musicians of the region. The introduction of blues was a key element in the development of the music, including the introduction of the iconic instrument most associated with bluegrass, the banjo.

The “golden age” of the genre was in the 1950s when Bill Monroe, the Stanley Brothers, Lester Flatt and Earl Scruggs, Mac Wiseman and others ruled the charts. The music continued to evolve and change over subsequent decades with rock and jazz elements getting into the mix and electric instruments becoming more common. In recent years, thanks to the success of the 2000 Coen Brothers film “O Brother Where Art Thou?,” its Grammy-winning soundtrack and with more mainstream country artists like Dolly Parton and Patty Loveless releasing bluegrass albums, the music now reaches more listeners than ever before. As a result, bluegrass festivals are popping up all over the country and sub-genres like “nu-grass” and “jamgrass” are bringing the music to younger music enthusiasts raised on punk rock and jam bands. All proof that bluegrass is here to stay!

We have some great bluegrass events coming up featuring some of the hottest bands on the scene at the moment. Check these out: END_OF_DOCUMENT_TOKEN_TO_BE_REPLACED