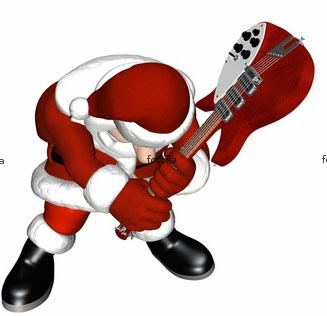 Friday, December 6 I How Grinchy Met The Who – Traverse City, Michigan

This rock n roll mash-up is a reimagined parody of both the classic Christmas story we all know and love and the psychedelic 1970s rock opera Tommy, with a little extra Who sprinkled in. What better way to celebrate the holiday season than with a trip to Whoville as you’ve never seen it before?

Our mission is to bring a unique rock ‘n roll theatre experience to Traverse City. Our shows combine not only parodies and great music, but also irreverent comedy, moments of improv and audience participation, and surprising dance moves that defy gravity. We promise you there is nothing like it up north!

Run by the Magdalene graduates and residents, women who have survived prostitution, trafficking and addiction, the Thistle Stop Cafe sells Nashville-based and fair-trade coffees, teas and healthy catered foods. As with their product line, the food is as good for the body as it is for the earth. The Cafe serves as a gathering place for the Nashville community and guests to Thistle Farms. Their stage gives women a place to share healing stories and provide opportunities for artists to showcase their creative works.

Sherrie Austin‘s opened for Johnny Cash and starred on Broadway in the lead role in Ring of Fire. As an RCA/Arista recording artist her hits “Never Been Kissed” and “The Street of Heaven” are STILL huge fan favorites and as a songwriter her songs have been cut by everyone from Blake Shelton to Tim McGraw. Sherrie is very involved in Anti-Bullying and Suicide Awareness programs, and her new single by Morgan Frazier “Hey Bully” is climbing the charts.

From 3 years as a Staff Songwriter with The Songs of Love Foundation, to days spent rescuing dogs, Jeff Jacob has recently released his 6th full-length CD, 7 Days. He’s produced numerous benefit projects and is currently gearing up to co-produce a benefit CD called Songwriters for Soldiers to benefit the coolest (behind the Thistle Stop Cafe) new non-profit in town, The Beat of Life, and it’s partner organization SAFE.

Come celebrate as The Firehouse Swing Dance turns 15! What better way to celebrate the 15th Birthday than by hosting a Black and White Holiday Ball featuring live music from one of the leading pioneers of the Neo-Swing Revival of the late 1990’s:  Johnny Boyd, former frontman of Indigo Swing fame!

Jinkx Monsoon & Major Scales: Unwrapped gives audiences a look at the holiday season through the jaded, sassy, somewhat boozy eyes of two bitter queens. Featuring original songs, covers and comedy from these celebrated performers, Unwrapped has a little something for everyone at the most wonderful time of the year.

Seattle welcomes back two Cornish alums, Jerick Hoffer and Richard Andriessen, following their acclaimed run in the Off-Broadway sleeper hit The Vaudevillians. They return to the Emerald City to share the holidays with their fans in Jinkx Monsoon & Major Scales: Unwrapped after a week of performances at The Laurie Beechman Theater in New York City.

Jinkx Monsoon is the alter ego of Jerick Hoffer, who graduated with a degree in theatrical performance from Cornish College of the Arts. With ten years experience on stage, Hoffer is a seasoned Portland-born entertainer who has captured the attention of his native Northwest region. As early as 2006, Hoffer appeared as the lead dancer in the world’s largest drag queen chorus line, which made the Guinness Book of World Records. By 2012, he had advanced to roles in Seattle theaters, playing Moritz in Spring Awakening (produced by Balagan Theatre) and Angel in Rent (produced by the 5th Avenue Theatre). Earlier this year, Hoffer played Hedwig in Hedwig and the Angry Inch (produced by Balagan Theatre and Seattle Theatre Group).

Major Scales is the evil twin of Richard Andriessen. He is a writer, composer, and performer from Seattle, who graduated with a B.F.A. in Theater from Cornish College of the Arts. He has contributed original music to venues throughout Washington, from the Intiman Theatre to Hump!, Seattle’s premier amateur adult film festival. He recently composed music for and starred in Washington Ensemble Theater’s original musical The Callers, and performs regularly in DeLouRue Presents Homo For the Holidays and Freedom Fantasia.

Join the men of Gay Men’s Choir of Hawaii for our 2nd Annual Holiday Concert at the Hawaii Convention Center’s Queen Lili’u Theatre. The fun and beautiful evening will be set as a holiday celebration at the beach and under the stars. Old and new favorite music includes Hawaiian and traditional songs of the season. Featuring hula and other surprises.