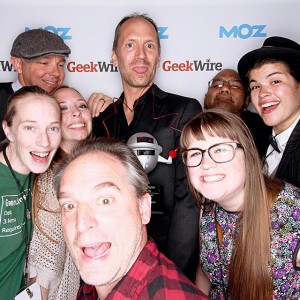 Brown Paper Tickets won the 2015 GeekWire Awards’ Bootstrapper of the Year. Quite an honor for a company celebrating its 15th anniversary using corporate social responsibility vs. venture capital as a propelling business backbone.

Thank you to all who voted for us. GeekWire reported that 25,000 votes were cast among numerous categories and finalists and we’re honored to be recognized from the tech community, our customers and the public for succeeding without a dime of VC money. We value every employee, event organizer and event attendee in our local and global community. 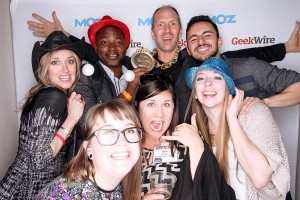 William Scott Jordan, founder, president and CTO, says, “Bootstrapping the company has made us more nimble, efficient and sustainable and we are able to pay that forward. We have better planning and more scalability at a lower cost than the rest of the industry.” Here’s more bootstrapping insight from Brown Paper Tickets’ founder.

Steve Butcher, CEO of Brown Paper Tickets, believes in giving more and taking less and invented the not-just-for-profit business model that’s reflected in actions such as 40 hours per year per employee of paid time to volunteer in communities. This company benefit earned us a finalist nomination for GeekWire Awards’ Perk of the Year in 2014.